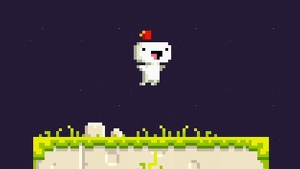 Announced as part of Nintendo's indie game presentation, Fez is due up on the eShop just one day after its ninth birthday.

Fez originally launched on Xbox 360 on 13th April 2012. It's a wondrous game that involves shifting the camera around to see the virtual world from different points of view. Oli's Fez review, which returned a Eurogamer essential, is one of my favourite reviews ever published on the site.