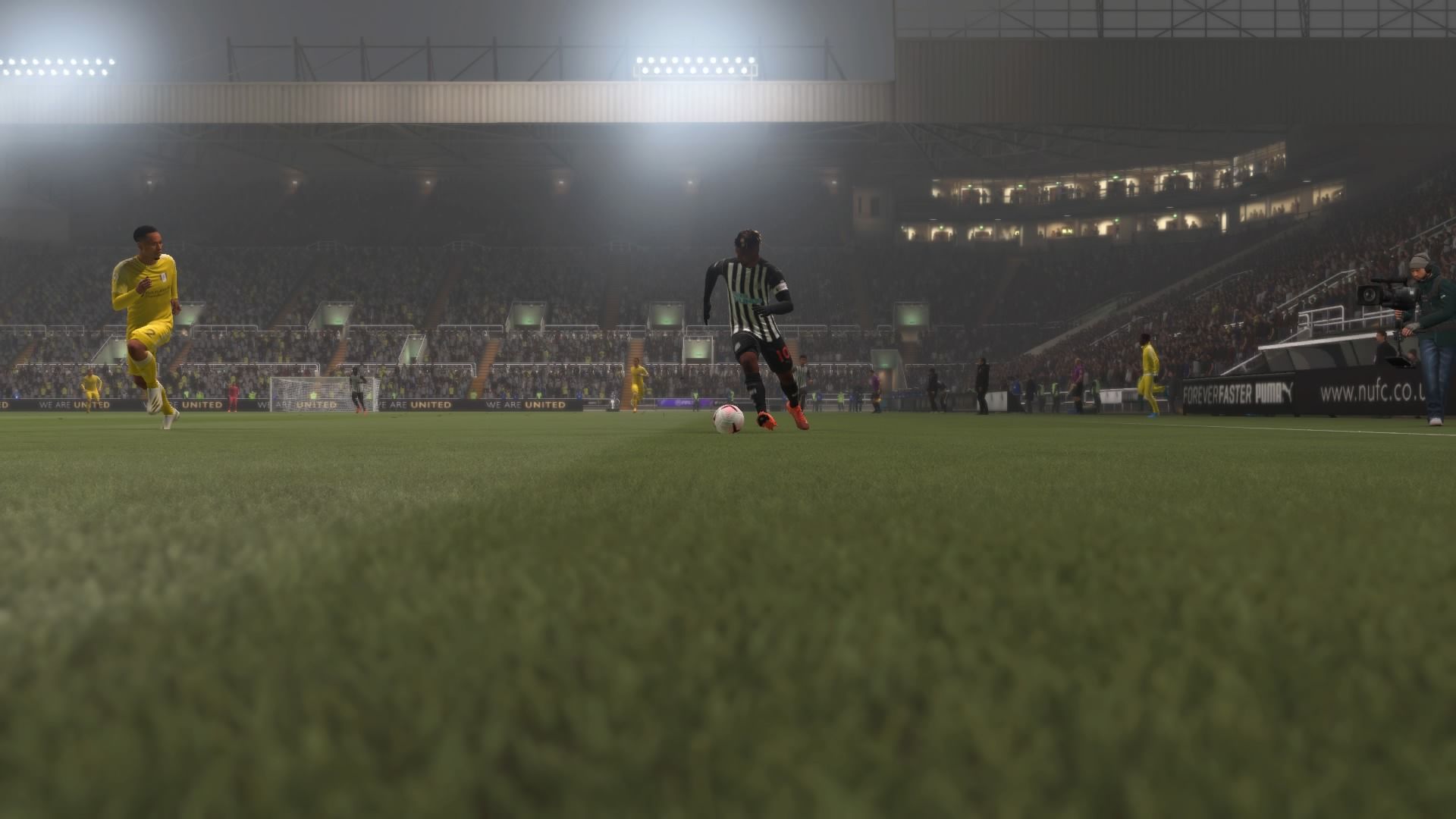 Football fans love to complain about commentators. In some ways, we’ve got a point. BBC’s top co-commentator right now is Jermaine Jenas, while ITV’s is Lee Dixon. Quite why, I have no idea. Dixon has thankfully been ditched in FIFA 22, but his replacement – Stewart Robson – is equally uninspiring, while main commentator Derek Rae continues to mispronounce names, react with the wrong tone, and generally feel like a dull imitation of previous FIFA commentator Martin Tyler. This year, FIFA 22 has added Alex Scott into the mix, but has done so in the most lacklustre way possible.

Even before the sexism, I was never a huge fan of Andy Gray. But for all the plonkers – let’s add Mark Lawrence, Steve McManaman, and Robbie Savage to that pile too – there’s a lot of great ones whose work gets ignored. Emma Hayes, Gary Neville, Pat Nevin, and Jamie Carragher are insightful voices in the commentary box. Guy Mowbray, Alan Parry, Jonathan Pearce, and Darren Fletcher have fantastic ways of describing the beautiful game. It goes without saying that Ally McCoist and Clive Tyldsley are a delight together.

Related: Allan Saint-Maximin’s FIFA 22 Downgrade Is A Sad Reminder Of Life As A Newcastle Fan

Alex Scott marks a huge milestone for FIFA 22. Not only is she the first woman commentator, she’s also the first Black person to be commentating in it; at least as far as the default English voice cast goes. It’s not just these factors though. Along with Micah Richards and the aforementioned Emma Hayes, Scott is part of a new wave of football pundits – they’re more attuned to the modern game, more bought into the importance of tactical systems, and less likely to blame losses on a lack of passion and belief.

In fairness, in real life she commentates rarely. Rather than describing the action blow by blow, she’s typically in the studio, dissecting the action before and after the match. With her affable personality and camera-ready disposition, she’s moved into presenting as well, taking a slightly less analytical position on Football Focus to be the face of the show, as well as leading the BBC’s Olympics coverage.

It shouldn’t be a surprise then that she’s not a main commentator on FIFA 22 – but it is a disappointment. Instead, she’s the goal commentator; this is a role that only appears in Career Mode, where commentary of your own game is disrupted to let you know Jesse Lingard has just put one past Burnley. Alan McInally has done this job for the past few years. Not only is this a waste of Scott’s talents – to only use her for a few lines per match in a single game mode – but her role seems to have been (for lack of a better word) nerfed.

In three Career Mode games so far (not counting pre-season, which doesn’t use goal commentary), Scott has had one line per match. In two of the three cases, she’s been cut off by drama in my own game – neither time did Derek Rae either throw it back to Scott, or even summarise what she was saying. This used to happen with McInally, so likely I’ve either been unlucky or this is an early release bug, but even without that, it’s a blatant waste of Alex Scott.

I’d understand if FIFA still had John Motson and Ally McCoist, or if Martin Tyler was back, this time with Gary Neville instead of Alan Smith or Andy Gray. But it’s Derek Rae. Worse, the game has actually replaced a commentator this year – it’s not like Lee Dixon’s six-year contract forced Scott out of the position. The choice between giving the main role to Stewart Robson and Alex Scott is obvious, and FIFA made the wrong one.

It’s not just that I like Alex Scott. It’s not even just that she’d be a huge step forward for diversity in sport with a diverse fanbase, diverse pool of athletes, and (until recently) an incredibly not-diverse media arm. It’s that she’s so obviously the correct choice. Recently, when Scott was hosting the Olympics, she was criticised by Lord Digby Jones, a privately educated peer, for her accent. She responded the next night by emphasising her working class Tower Hamlet dialect, telling viewers to look forward to “runnin’, ridin’, shootin’, scorin’, swimmin’, and puttin’.”

Alex Scott’s identity doesn’t make her an ‘us vs. them’ figure. She is a Black woman, and FIFA’s core audience is straight men, while gaming as a whole still sees white as the default character archetype. You can be a straight white man and Alex Scott can still represent you. I don’t want Alex Scott to have a bigger role as some kind of petty victory over the typical FIFA players – we’re all on the same side here. If you’re a working class fan who has ever felt like the beautiful game is being stolen from you by billionaires, corporate greed, and Super League-style endeavours, Alex Scott is you. She, and people like her, is a crucial part of modern football. FIFA 22 seems to understand her potential, but right now, it’s wasting it.

Next: Using PSG In FIFA 22 Is Cheating