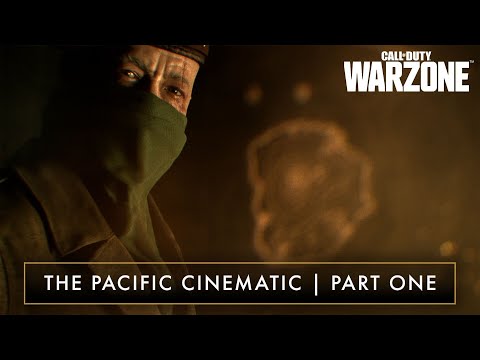 A promotional item given out at a Call Of Duty: Vanguard event in the US has provided the first real details of Warzone’s new map.

While anticipation for Vanguard seems fairly muted for a new Call Of Duty there’s perhaps more excitement for the changes it will bring to free-to-play battle royale Warzone, which will be getting a new Second World War era map to coincide with the new game’s release.

That means the end of Verdansk in Ukraine and the introduction of Caldera – a volcanic island in the Pacific Ocean.

Activision hasn’t revealed any real details of the map yet but while it’s briefly glimpsed in the new cinematic trailer below, Activision CCO Pelle Sjoenell has tweeted an image of it from a promotional item given out at a launch event in the US on Wednesday.

As soon as the image was posted fans immediately went to work trying to tease every possible detail from it, with the map containing references to a number of points of interest.

How accurate the map is remains to be seen, as it’s possible it was created before the design was finalised, but the shape of the island is certainly the same as seen in the new trailer.

The map is also labelled Operation Alpha and features the date May 16, 1941 – which implies that, as you’d expect, the map will change significantly over the course of the next year.

Animal Crossing’s Ver. 2.0 update is live a day early – but not Brewster’s café

When does the Caldera map start in Call Of Duty: Warzone?

Caldera will officially be available to play in Warzone from December 2, with the start of Season 1 of the new Warzone Pacific era. However, if you own Vanguard you will be able to play it a day early on December 1.

This will be preceded by a series of one-off events to celebrate the end of Verdansk, starting on November 18 with a limited time mode called Operation: Flashback, leading up to an event on November 30 that is implied to involve the complete destruction of the old map.

MORE : Call Of Duty: Warzone to get third map and new mode in 2022 claims rumour

MORE : Call Of Duty: Modern Warfare 2 has a new mode based on P.T. claims rumour