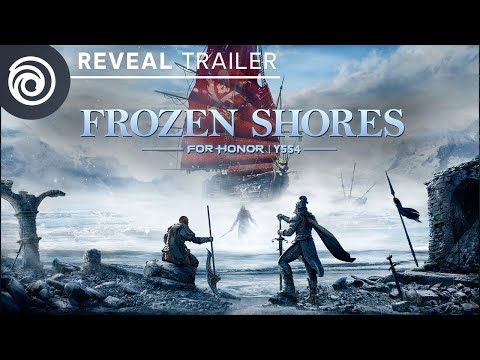 For Honor Year 5 Season 4 – dubbed Frozen Shores – has been revealed by Ubisoft. A new trailer gives us an early look at what’s to come, including a new For Honor hero.

The upcoming Y5S4 update will go live on December 9, 2021, and run through early 2022. Like previous seasons Frozen Shores will be split into two parts with a big title update dated for January 27, 2022. This is also the planned release date for the next For Honor fighter.

What do we know about this new hero? The teaser video doesn’t give us a clear look, though they appear to be wielding a short sword – maybe a cutlass? There definitely seems to be a pirate theme to the new season as hinted at in the latest lore entry:

The people of Heathmoor were afflicted with rising waters and a devastating storm that flooded the landscape. Thankfully, the storm passed, and though the skies began to clear, a cold winter settled in. The high waters froze, and snow covered the terrain. Ships were stuck in the ice, which only added to the odd serenity that had befallen Heathmoor.

After so many hardships, so many battles and natural catastrophes, the people took this small respite as an opportunity to reconnect. After being separated for so long, friends and families were reunited once again, and everyone took the time to count their blessings, and celebrate. But amid the festivities, something unforeseen came from the frozen sea. A large ship with red sails reached the harbor, the herald of uncertainty – and intrigue.

To kick off For Honor Year 5 Season 4, fighters will gain access to a new battle pass with the Frost Wind Celebrations event also taking place during December. 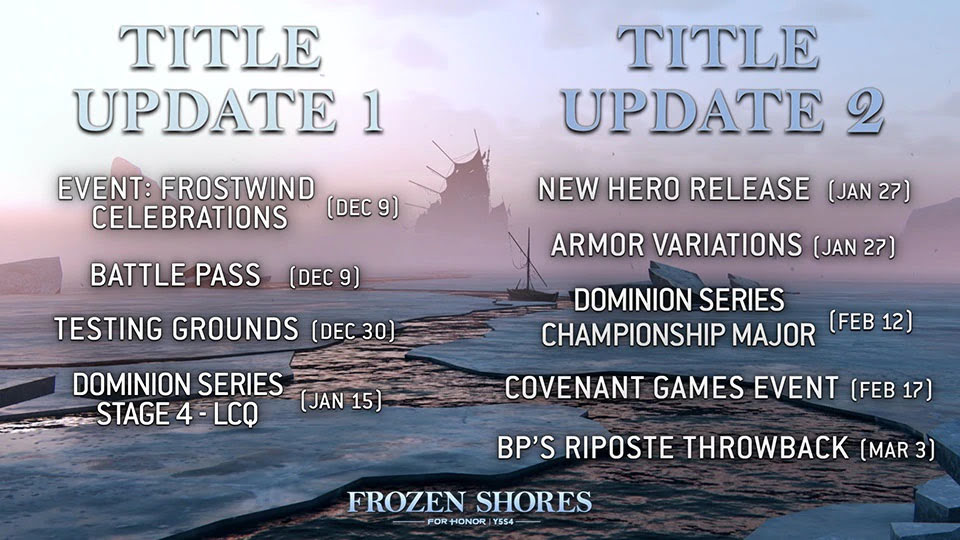 As we march into 2022, there will be further Testing Grounds updates with more events and rewards planned leading into For Honor Year 6.