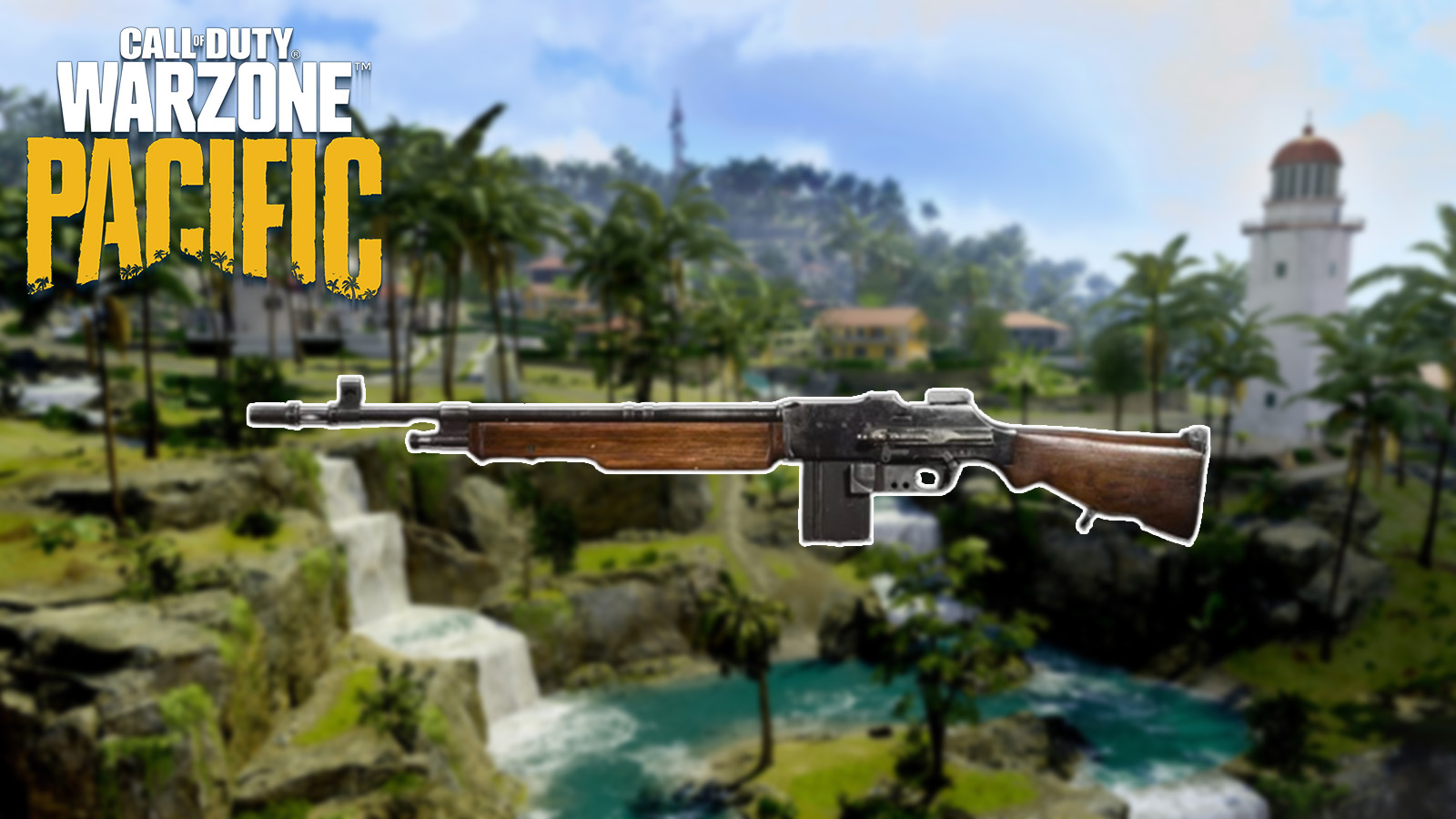 Warzone’s meta is constantly shifting and changing, but CoD YouTuber IceManIsaac has found a loadout for a mostly forgotten Assault Rifle that makes it one of Caldera’s most overpowered weapons.

In Warzone Season 2, players have more weapons than ever before to experiment with in order to find the perfect loadout. Regular visitors to Caldera always have an eye on the meta to see which loadouts and setups are the most overpowered at any given time.

This can incredibly difficult, however, as regular updates armed with nerfs and buffs are constantly changing the balance of power. Some weapons that used to dominate the island have suddenly slipped into obscurity.

That’s exactly what happened with the BAR, after a brief spell in the meta when Vanguard dropped, it’s been largely forgotten ever since. But YouTuber IceManIsaac has found a loadout that makes the Assault Rifle “insane” in Warzone Season 2.

The BAR was a favorite after Vanguard’s launch, but has been cast aside in recent weeks.

In his March 10 video, Warzone expert IceManIsaac admitted that he expected the BAR to be “irrelevant,” and his shocked to discover that it is actually one of the best weapons in its category. He compares it favorably to the Oden, but notes that Bar has a better fire rate and is more stable with this setup.

Describing the gun, Isaac said: “It’s a weird dichotomy of having insane damage, hits like a truck, but doesn’t move at all.” He added that his loadout transforms the Assault rifle into a “zero recoil melting gun.”

We’ve listed Isaac’s BAR loadout and attachments below so you can run it in your next match:

The key to Isaac’s loadout is the Recoil Booster, giving a huge buff to the BAR’s fire rate which, paired with its high damage, helps make short work of enemies’ armor. He complimented it with the COC 30″ XL Barrel and M19141 Hand Stop, which both keep it shooting straight as an arrow.

He added 8mm Klauser 30 Round Magazines loaded with Lengenthed Rounds to bring the overall TTK down even further. For Perks, he went for Hardscope for some extra recoil control when aiming and Fully Loaded to make sure ammo reserves are full to the top.

Then he opted for the Chariot WR Stock and Polymer Grip, which both make the BAR an absolute laser at any range. Finally, Isaac chose the SVT-40 PU Scope 3-6x, but feel free to swap this out for whichever Optic suits you best.

The BAR has incredible damage that sets it apart from its peers.

After using this loadout for a number of matches IceManIsaac claimed the lack of recoil is “on par with the Automaton,” adding that it “doesn’t make any sense considering how powerful the gun is.”

According to WZRanked, the BAR currently only has a pick rate of 0.94, placing as the 32nd most-used weapon. As more and more players catch wind of this loadout, we expect to see it dominate the meta in the rest of Warzone Season 2.