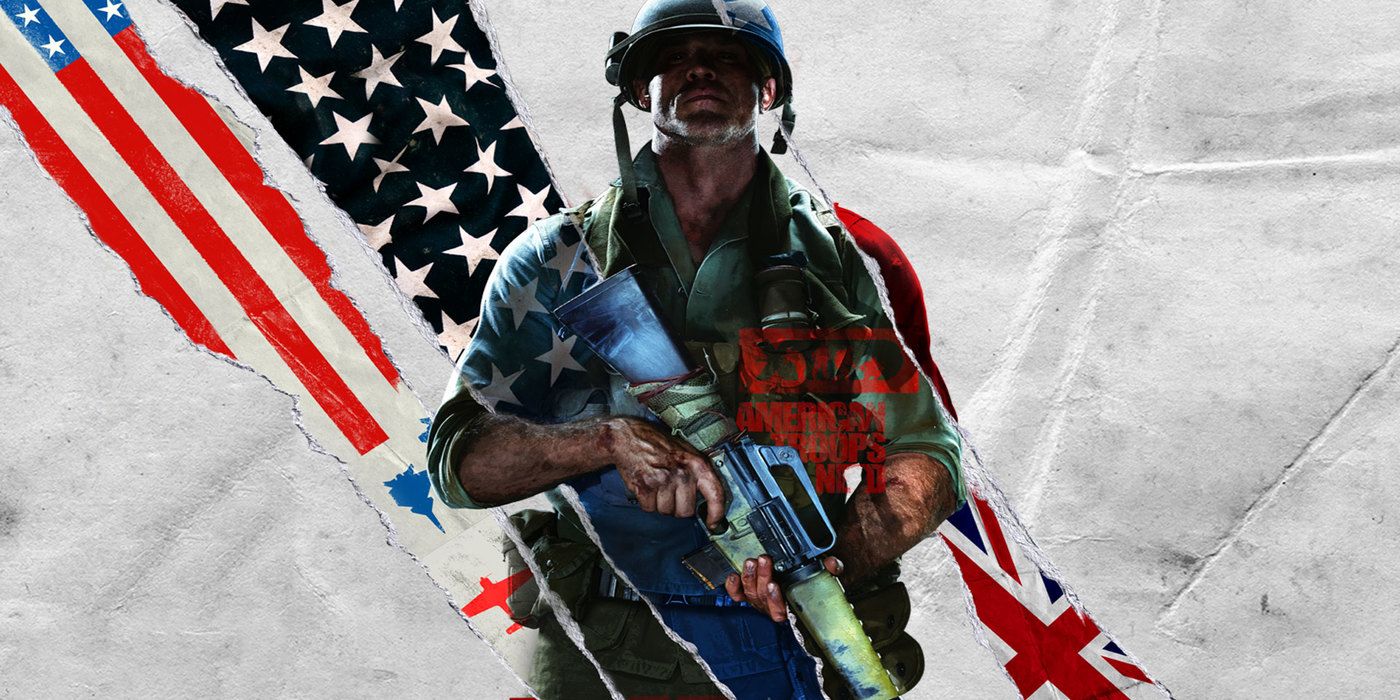 As competitors, the Call of Duty and Battlefield franchises often try to offer different things for FPS fans. This is seen with their settings, as gamers will often see Battlefield and Call of Duty role reversals where one franchise takes on a time period that is completely opposite from the other. They have two different focuses when it comes to their core gameplay loops, too, with one embracing small-scale warfare and the other throwing players into huge arenas with large player counts.

While many gamers have a preference between the two franchises, some things are objectively better in each. One clear example of Battlefield outdoing Call of Duty is seen with its server browser. While Call of Duty used to feature a server browser, it does not do so anymore. Its last appearance was in the PC version of Call of Duty: Black Ops 3, with console players never getting access to the mechanic at all. However, with Battlefield showing that it is possible on consoles and in every release, it is time for Call of Duty to follow suit and include a browser of its own.

RELATED: How Battlefield 2042’s Delay Changes the Competiton with Call of Duty: Vanguard

One huge advantage of Call of Duty fans getting a server browser is match quality. Players can search by connection, joining a lobby that guarantees a smooth experience. While it is rare to end up in lobbies with a poor connection nowadays, it is certainly still possible – especially for those that play with friends from other countries. A server browser would give gamers much greater control than they have now, with players able to find a lobby that works for their entire group.

A server browser also prevents players from joining into dead lobbies. There is no worse feeling than being thrown into a Call of Duty match where an entire team has left. When this happens, players have virtually no chance of winning, as the opposing team likely has all their streaks and the map’s power positions locked down. While preventing the loss stat for late joins is nice, players will surely take a big hit to their K/D stat when entering these lobbies. Being forced into an unenjoyable experience isn’t great, and a server browser would help players avoid dead lobbies or in-progress matches.

Guaranteeing a fair match is important, as is getting into a lobby with a good connection. Battlefield’s server browser makes this possible, guaranteeing that players get into matches that they actually want to play. The matchmaking system used by Call of Duty is dated, meaning that this is one area where Battlefield has an advantage. However, the benefits of a Call of Duty server browser would not end with finding matches, as players could also create their own servers just like in Battlefield.

While being able to choose from a lineup of dedicated servers is nice, custom servers are where Battlefield’s system really shines. Players can create their own lobbies, with others able to search for exactly what they want to play. Sniper only servers are a clear example of this, as are 24/7 lobbies where classic Battlefield maps like Operation Metro are played endlessly. With servers that focus on easter egg hunting, too, a browser means that there is something for everyone.

If a server browser was made available to the player base of Activision’s flagship shooter, developers would not need to worry about weekly Call of Duty playlists. The tools could be given to the community from the get-go, with players able to make whatever lobbies they want to see. This could range from hide and seek and party games to servers where certain overpowered guns are banned. Players could make Snipers only playlists, too, and just like Battlefield, 24/7 map servers would be on the table. Few things are more popular in Call of Duty games than playlists like Shipment 24/7 or Nuketown 24/7, with players often sad when they leave rotation. With this feature, they would never have to go away.

Another thing this would be helpful for is Call of Duty’s camo grind, as a big part of the multiplayer experience for many players is working to unlock every camo for every gun. However, completing tasks like longshots is impossible on certain maps and far easier on others. Instead of leaving and rejoining lobbies constantly in hopes of getting a map that works, players could enter a server that only features maps that are good for longshots. This would make the grind a lot less brutal, with players able to speed through any parts of the grind that they find unfun by searching out lobbies that suit their needs.

RELATED: Halo Infinite Has Two Advantages Over Battlefield 2042 and Call of Duty: Vanguard

Obviously, the Call of Duty multiplayer community would benefit the most from a server browser. However, Call of Duty Zombies fans could also benefit from its inclusion. Finding a match with a good connection is just as important in Zombies, after all, especially with matches running for long periods of time. Disconnecting on a high round is devastating, so a system that lowers the chances of that happening would be a big deal.

An even bigger benefit would see Zombies fans being able to skip ahead and join matches that are already in progress. For example, if someone sees a group of three players that are on Round 30 in a Survival map like Forsaken, they could hop in and join them. Players joining late could get a set amount of points like in Call of Duty: Black Ops Cold War so they can catch up, as well as some salvage. For those not looking to play a full game and do all the setup, this would allow them to jump right in and help other players with the high round grind.

A server browser would instantly make it a lot easier for players to complete Call of Duty Zombies’ easter eggs or aim for high rounds, too. Some players struggle to do the quests solo and do not have friends that play Zombies. Finding a group online can be difficult and trying to do an easter egg with random players who do not know how to complete it can be even harder. This feature would let Zombies fans instantly hop into a lobby, as a simple title could make it clear the other players are working on the main quest. Likewise, high round Zombies servers could be easy to find. While it may not be the flashiest addition, a server browser would be a huge quality-of-life change for Call of Duty fans, and both the multiplayer and Zombies communities would benefit.

MORE: Why Zombies Fans Should Be Excited About Call of Duty: Vanguard’s Secret Pre-Order Bonus