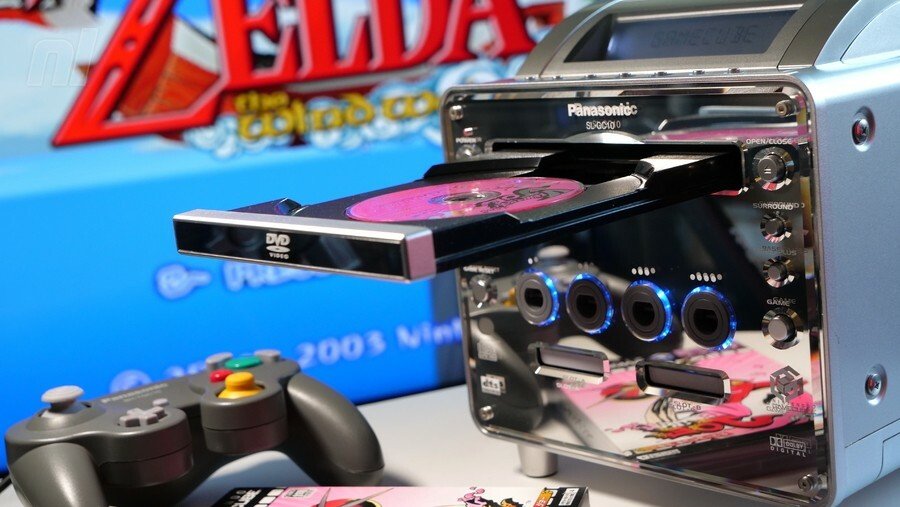 This week, the Nintendo GameCube turns 20. This eye-catching system may have struggled against the incredible might of the PlayStation 2, but few would argue that Sony's machine was more attractive on a purely physical level. The boxy GameCube, complete with its unusual travel handle, is a true design icon and its appealing aesthetics are perhaps one of the key reasons it remains so beloved, even after two decades.

However, it's easy to forget that an even more attractive variant of the GameCube exists – although, with reported sales of just 100,000 units, you can't be blamed for having never seen one in the flesh. The Panasonic Q follows on from Sharp's Twin Famicom – a Nintendo system that wasn't actually manufactured by Nintendo itself, but another company under licence – and for many collectors, is the crown jewel of Nintendo fandom.

It's easy to see why the Panasonic Q exists. The GameCube was the only system out of the three main consoles of the era (PS2 and Xbox being the others) which didn't feature support for the fancy new DVD movie format which had just hit the market, so, by introducing a special model that did everything (including the playback of music CDs and MP3 CDs), Panasonic could potentially carve out a profitable niche for the more discerning Nintendo fan. In addition to the additional media functionality, the Panasonic Q is clad in one of the most downright gorgeous shells ever seen. The mirrored front panel is festooned with buttons, while the metal casing positively exudes the impression of a premium piece of AV equipment. Who wouldn't want one of these? Well, with a retail price of ¥41,000 (around $375) when compared to the ¥25,000 ($227) being asked for the standard GameCube at launch, the Panasonic Q was never going to be a mass-market proposition, hence the aforementioned dismal sales. The console was discontinued at the close of 2003.

It's worth noting that DVD playback was limited to Region 2 as the Panasonic Q was never sold in the west, but many importers would offer modified units that could run discs from other regions. The Q supports a large range of GameCube accessories, with the most notable exception being the Game Boy Player, which doesn't fit underneath the system due to its different footprint. However, a unique Game Boy Player was manufactured specifically for the Panasonic Q and is insanely expensive these days.

The same can be said of the machine itself. Due to its gorgeous design, DVD functionality and low production run, the Panasonic Q is now one of the most sought-after pieces of Nintendo-related hardware. Given that it's possible to pick up a second-hand GameCube for a very reasonable price (not to mention the fact that DVD players have since been supplanted by Blu-ray players), there's little reason to invest in a Panasonic Q in 2021, beyond the way it looks – but then, when a console is as beautiful as this, perhaps that's all the reason you need.

Is the Panasonic Q drop-dead gorgeous, or do you think it's ugly? Vote in the poll below and leave a comment to tell us, and the world, your thoughts on this topic.