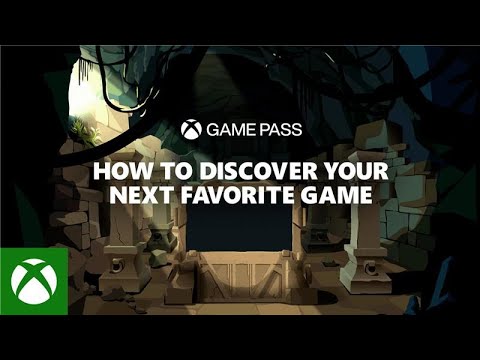 A reader argues that the rivalry between Xbox and PS5 is largely imagined, and that Microsoft and Sony have very different goals in mind.

Having read about the revamp of the PlayStation Plus service, it got me thinking how the differences with Game Pass highlight the very different directions Xbox and PlayStation are heading.

Since the launch of the current generation, Game Pass is often referred to as the Xbox Series X/S killer app, but while it is a fantastic service, and amazing value for money, I have never quite understood this.

The service actually launched almost five years ago, with the promise that Xbox exclusive games will be on the service at launch and that it will give you access to a large back catalogue of games. At that time, Xbox were on the ropes with a rocky start to the Xbox One, and they clearly hoped that their ‘Netflix of gaming’ would be the game changer for them and that a large proportion of their 100 million active Xbox Live users would flood onto the service.

History shows that did not happen, with only 15 million subscribers after three years, and the Xbox One being outsold at least 2:1 by the PlayStation 4 for the whole generation.

Moving onto the next (current) generation. Over the past 18 months Xbox has been throwing everything they can to grab headlines and push Games Press:

These actions should be pushing Game Pass into the stratosphere, delivering on the Netflix of Gaming promise and flattening all competitors. However, the impact has been an increase in Game Press subs from to 25 million (or 22million or 28 million depending on source [Microsoft does not reveal official figures – GC]) so only 10 million new users, which is below Xbox own expectations (if Phil Spencer losing out on his bonus is any indication).

25 million subscribers after five years, whilst decent and growing, is not a number that supports Game Pass being a game changer. After all, Netflix are sat at 220 million, Amazon at 150 million, and Disney+ at 130 million (in only two years and expected to hit 260 million in the next two).

Game changer or not, PlayStation had to do something in response to Game Pass. So they responded by simply combining their two current services and upping the game count to 700 if you’re interested in retro games.

We never hear anything from Xbox that does not mention Game Pass, they are unable to not mention it at every single opportunity – the corporate hype is endless. Conversely PlayStation’s big response was announced on a blog post.

The vocal minority that is the internet loves to paint a picture of two mega corporations locked in a battle until a winner emerges and the loser is left whimpering in the corner. I don’t think that’s the reality at all.

PlayStation want to be the leader in the console space, with a well-designed, high quality (if hideously ugly) machine and a stream of high quality AAA console exclusives. Their Game Pass response shows they don’t believe they have to beat Xbox.

Xbox, conversely, don’t seem that bothered about consoles or indeed PlayStation, their sights are aimed at the much bigger PC and casual/mobile spaces. Bethesda and its studios are PC first developers and the vast majority of Activision/Blizzard is PC and mobile (Call Of Duty being the exception).

Xbox, and indeed Microsoft, have time and again failed to complete effectively with Steam and it’s like, but buying up a huge player in the massive Asian market, where the PC dominates, and combining that with Game Pass and it’s clear it’s actually Steam and Epic Games that Xbox isgunning for with Game Pass (plus the 100 million mums playing Candy Crush) not PlayStation.

All in all, I think the Xbox vs. PlayStation battle is just a fiction created by fanboys and media, it isn’t the reality at all.

MORE : Guardians Of The Galaxy cost Xbox $5-10 million to get on Game Pass claims analyst