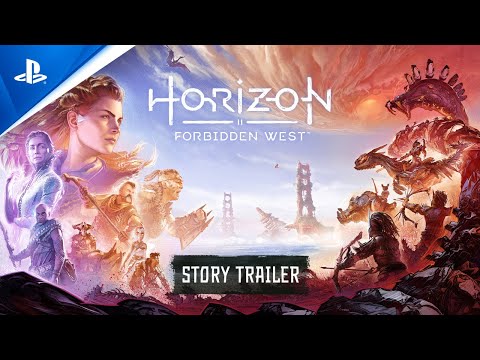 UK retailer GAME is expected to get new stock of the PS5 in this week, just in time for the release of Horizon Forbidden West.

If you’ve been waiting until the release of Horizon Forbidden West before you buy a PlayStation 5 then your moment is here, because not only is the game out tomorrow but GAME is expected to get new stock of the console as well.

Stock checker PS5 Stock UK previously predicted that the restock would happen between February 16 and 18 and since it’s not happened yet that means that, unless there’s been some last minute delay, it’s going to be this Friday.

GAME certainly seem to be getting ready for a drop, as they’ve just updated their website so that all PlayStation 5 console bundles include Horizon Forbidden West, although you can still buy the console on its own.

GAME stock usually goes live between 9am and 11.30am in the morning, so you’ll have to get up pretty early, but the restock is expected to be much more substantial than the small one Smyths had earlier today.

Because they’re more expensive, bundles tend to sell out more slowly than the consoles on their own, so if you are looking to pick up the game as well then you should have a good chance.

The cheapest bundle for the disc-based PlayStation 5 is £519.98, with the most expensive being £684.94 with a copy of Horizon Forbidden West, Ghost Of Tsushima, and an extra controller (and a T-shirt and a hat).

PS5 Stock UK predicts that normal delivery will see the consoles arriving on Friday, February 25 or you can pay extra to have them couriered by Tuesday, February 22.

The only problem with this is that buying the PlayStation 5 version of Horizon Forbidden West is £10 more expensive than it needs to be, since the PlayStation 4 version is cheaper and has a free upgrade.

MORE : Lego Star Wars: The Skywalker Saga gets a release date at last – and it’s quite soon