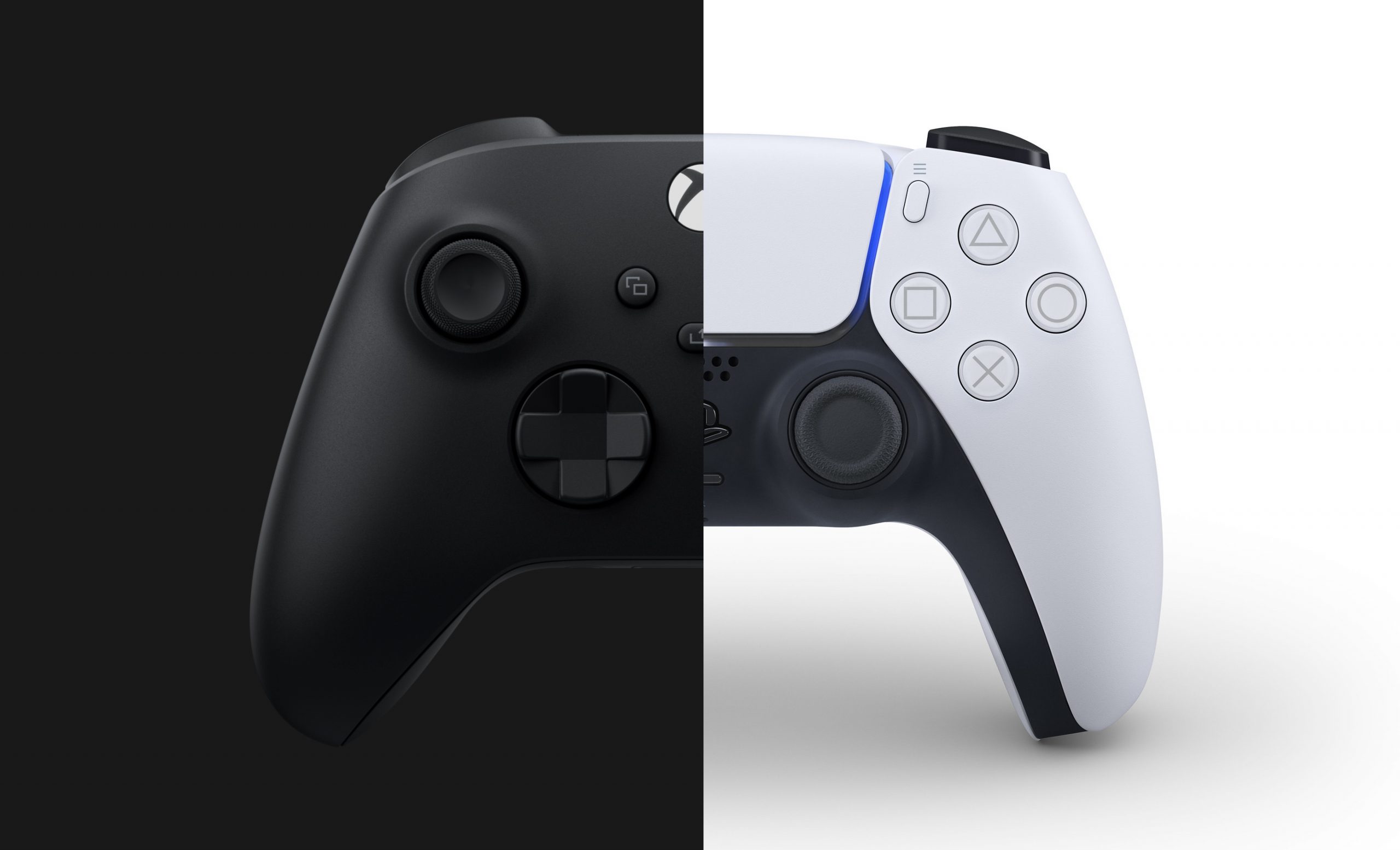 The Tuesday Inbox thinks Sony should create an arcade racer like Forza Horizon, as one reader gets ready for Zelda: Breath Of The Wild 2 in 2022.

PLEASE NOTE: As we get our own Christmas and New Year content ready for the end of the year, please consider sending in your own festive Reader’s Feature to run over the Christmas break. It can be on any subject but if there’s something you’ve been meaning to write in about, but never got around to, now would be a good time for it.

2021 mind share
We’re entering review of the year territory now and I look forward to reading all GC’s articles as usual, but one thing I think many people will be asking themselves is what came out tops in 2021? Xbox Series X or PlayStation 5?

That seems like a pretty straightforward question but it’s really not. Probably the first thing a Sony fan would say is that the PlayStation 5 console sold more and while it’s undoubtedly in higher demand than the Xbox Series X I don’t think anything connected to sales figures really counts until both consoles are easily available and being manufactured in equal numbers – and we seem to be a long way off that.

In terms of games, Sony had a good start to the year with Returnal and Ratchet & Clank: Rift Apart but nothing after that, whereas Microsoft has had the opposite with Forza Horizon 5 and Halo Infinite reviewing very well and Psychonauts 2 also before that.

I’d honestly give it to Xbox at this point. Add in Game Pass and it feels to me, right now, that Microsoft have the advantage in mind share. Not by much – it is a close run thing – but it feels like they’re the ones to beat at the moment. And I’ve been following everything very closely because I still haven’t bought either machine, but will make my final decision once I see the first batch of announcements next year.
Dalglish

Wrong controller
That Amiga 500 Mini console does actually seem pretty good, a better line-up of games than I expected for sure. A lot of classics missing, as you’d expected, but organising with all the different publishers, many of which are no more, can’t be easy.

The only thing I don’t like is the gamepad which I don’t think is how the majority of people will have played the original Amiga. GC joked about a Competition Pro 500 but that’s what I used and so did everyone I know. I don’t even remember joypads being a thing outside of consoles. Although I think maybe this new one is based on the CD32 one?

It makes me wonder why these old computer makers never published their own games. By memories Sinclair and Commodore would do the odd one here and there but basically left it up to third parties. If they’d been a bit more proactive I think the software legacy would’ve last longer and not just faded away in the face of America and Japan’s preferences.
Preston

GC: It is reminiscent of the CD32 controller, but not identical.

No proof required
I noted some disbelief in GC’s write-up but I find it very hard to believe that Metroid Dread was the second most completed game of the year. It’s a great game sure, and relatively short, but the end in particular is really hard. The boss, I’d say, is one of the hardest, or at least most complicated, I’ve dealt with outside of a From game.

If I had to bet I’d say these people were just making up the fact that they’d beaten it, just to make themselves look good/promote a game like that. You can’t trust statistics, the internet, or gamers and when you combine all three, well… I wouldn’t believe a word of it.
Deli

Escape to the future
Just wanted to thank David for the Reader’s Feature The video game review of 2030 at the weekend.

Last week had been totally rubbish for me, including Sunday, but I really enjoyed reading his feature and it really made me chuckle – it was a lovely escape for a few minutes!
LastYearsModel

Test yourself
In response to CJ Danby’s letter regarding gaming in middle age, I have been gaming ever since 1982 when I received my ZX Spectrum for Christmas. Over the past few years I have thought, ‘Surely I used to be better than this at games when I was younger?’ I’m about to hit 50 next month and having been exclusively Xbox for the past three generations, including my Xbox Series X on day one I managed to pick up a PlayStation 5 last week with Demon’s Souls and Returnal purely for the challenge.

Absolutely loving Returnal, it’s the best game I have played in a long time and I know it’s going to take me a good while to start making serious progress for sure, but I’m determined to stick with it. At least I’ve got two weeks off now over Christmas to get on with the challenge!
SaintsStickman (gamertag and now PSN ID too!)

Gran Horizon
I’ll be curious to see how Gran Turismo 7 is received last year because it used to be one of Sony’s biggest franchise but I think it now will be seen as a bit stuffy and boring compared to Forza Horizon (there’s a reason Microsoft did another of those and not Forza Motorsport as originally planned).

I realise that Gran Turismo takes a long time to make and this is basically a PlayStation 4 game but if I were Sony I’d try to get their own arcade racer going again. They already tried and failed with MotorStorm and Driveclub, so they seem to realise they’re important but nothing has ever really taken off.

Maybe they need to get in an outside developer to get a new perspective on it. Perhaps borrow Criterion from EA and do something like Burnout? I’d focus on the one thing Forza Horizon isn’t great at, the crashes, and exploit the weakness but someone I think Sony thinks they’re above that kind of reactionary approach.
Paulie

Good tip
GC, I owe you a big thank you. My mate’s been after a PlayStation 5 since his day one PlayStation 4 has been hanging on to life. Yesterday, thanks to your link, and me telling him, he’s got a PlayStation 5 + DualSense and HD camera on its way for delivery tomorrow (ordered via EE)!

So I would like to thank youu and hope all the team have a merry Xmas and a happy new year and stay safe over the holidays.
David

Can you buy a PS5 in time for Christmas in the UK? Latest on Argos and GAME stock

Wild schedule
That does seem a bit of a clunker that the IGN guy dropped about Zelda: Breath Of The Wild 2’s release date. I don’t see how you talk about it coming out in November at random unless you knew something, because I’ve never heard of that suggested as a release date before and I think most people were hoping for a much earlier release, considering it was supposed to be coming out this Christmas – so that would be almost a year’s delay.

Maybe he meant that by November it’d be out one way or the other, whatever its release date was, but that’s a weird way to say it. Wouldn’t it be more natural to say December or January or just ‘end of the year’?

Nope, I think he let slip that he knows things officially and that’s really when it came out. But if that’s their big Christmas release when are the other games out? Does that mean Splatoon 3 and Bayonetta 3 are going to be out in the first half of the year or all of them are coming out in the autumn?

Bayonetta 3 has got to that point where it seems hard to imagine it ever being released but I’m relatively hopefully that Splatoon 3 will be out for Easter. But between the pandemic and Nintendo who knows.
Gambon

Inbox also-rans
I like the new Gamesmaster. That is all.
Anon

If this bundle of Quest game keys isn’t the bargain of 2021 then I don’t know what is. Ghost Giant and Zombieland are the two standout games for me but none of them are duds. Many of them are cross-buy with the PC VR versions too.
MRHBK

This week’s Hot Topic
Since this will be the last Hot Topic of the year we want to end on a positive note, so the subject for this weekend’s Inbox is your favourite video game related memory of 2021.

If it’s a moment in a game try to be specific about why it was so memorable and if it’s something that happened in real-life, but was video game related, try and explain a bit about the backstory of what it meant to you.

Overall, was your year with games better in 2021 than 2020 and how important was gaming in help you to get through the tribulations of the pandemic?