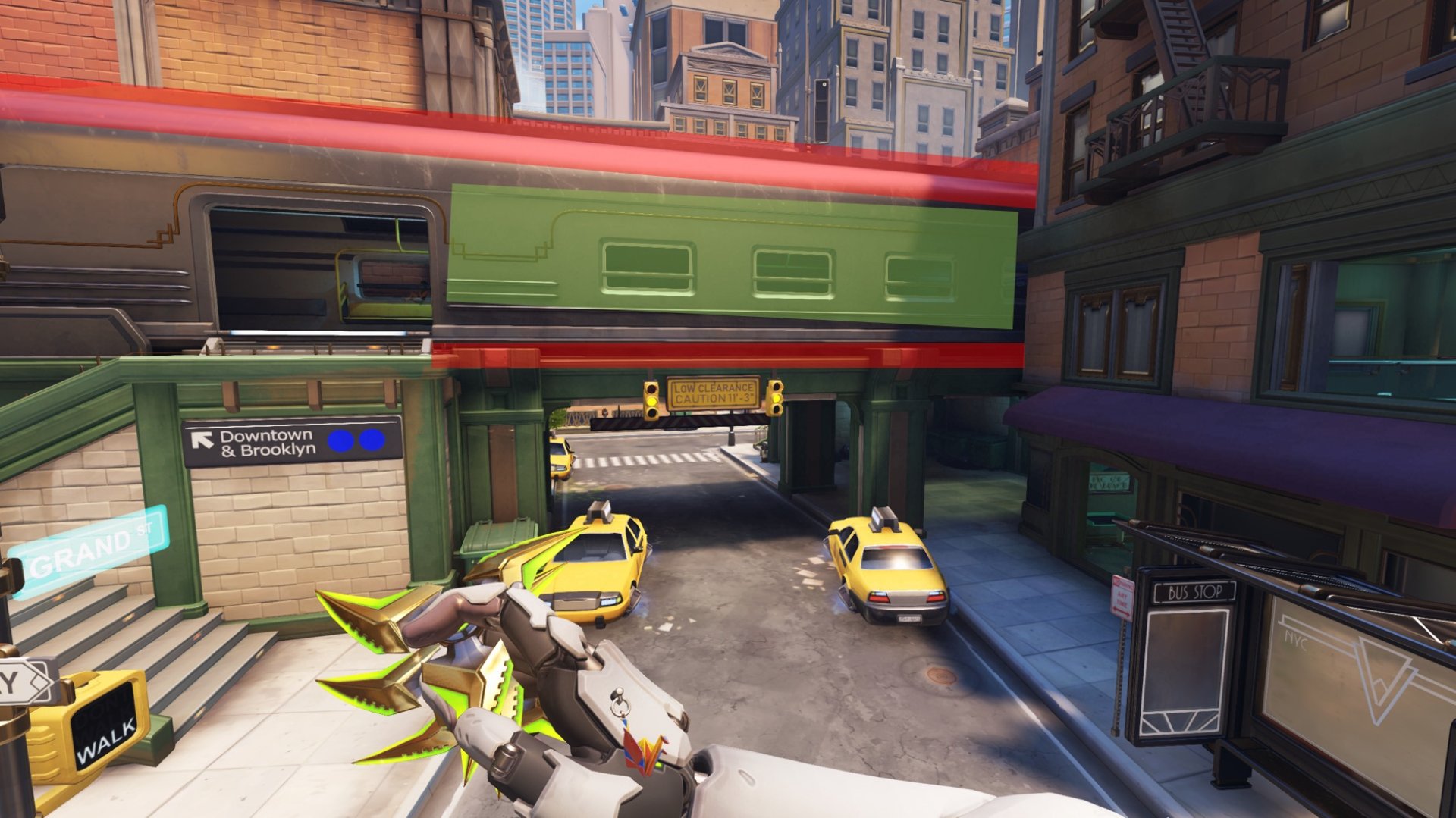 Overwatch 2 is fresh out the gate, and there’s a lot to be excited about. So why have they taken away what is special to me: my ability to dance on the payload?

Emoting is a fun and silly way to engage teammates and enemies alike in Overwatch 2. It can also keep you entertained when you’re left to babysit the payload and push the cart to the objective while your team is out fighting your opponents on the other side of the map. As the payload won’t move without someone near it, one team member will often be left behind to do God’s work.

And what better way to while away that holy work than dancing on top of the bomb?

It turns out that while some characters retain the ability to bust some serious moves, others suddenly seem too shy to take center stage on the payload. Take cyborg ninja Genji and fleshy ninja Hanzo. While Hanzo can pull out his ‘fisherman dance’ on the payload, Genji is left slipping and sliding off the cart every time.

It seems as if parts of the geometry of the payload are treated the same as what’s used for the roofs in Overwatch 2. By this, I mean that any surface Blizzard says is not ‘flat’ or should not be accessible causes your character to slide right off it. This mechanic is a good way to limit access for curious players who want to explore each map’s forbidden corners.

This means that Genji can stand on the payload and sit on the payload, but as soon as he starts dancing and his foot taps one of the parts of the payload that is curved, he freezes and slides off, like a chump.

Genji’s passive ability, Wall Climb, lets him scale any flat surface, so long as it’s not been marked as inaccessible, but it appears Blizzard has been quite liberal with surface tagging to keep the ninja grounded.

A good example of this is the route under the railway toward the first point in the Midtown map, newly added to Overwatch 2. From the image below, you can see two red lines running parallel to the train. If Genji attempts to climb up this flat surface, he’ll instead freeze and fall to the ground.

Making matters worse is that this bridge is a chokepoint, an area that funnels the attacking teams into a natural congestion point. This lets the defending team pinpoint where the attackers will come from and unleash a bombardment of gunfire focused on it to kill anything that dares to walk through. In other words, it’s about the worse place on the map to fall into mid-match awkwardly.

A Genji player caught in this trap will receive instant punishment for their attempt to dash above the train and ignore the laws of a choke point, and death’s likely to come quickly.

Dancing on the edge

Genji mains can’t seem to catch a break right now. First falling into choke points and now no dancing on the payload while his estranged brother, Hanzo, has the time of his life. It doesn’t seem fair. Unfortunately, it’s not only Genji that seems to have a stick up their butt at present.

So far, attentive players are aware of several heroes who can or cannot dance on the payload in the maps of Paradiso, Circuit Royal, and Hollywood.

Hanzo, Zenyatta, and Winston can, while Genji, Reinhart, and Ana can’t.

That last one, in particular, feels like a personal slight from Blizzard, as Ana is my main hero. I cannot tell you the number of times I’ve been left alone with the payload as my team pushes to the other side of the map. I stand there, trying my best to go as far as the payload will let me so I can peek corners and try to heal my dying team.

It can be so frustrating, and now I learn I can’t even lighten the mood with a fun dance. What am I meant to do now? Sit there watching my team get critical health markings a world away from me and the payload? Great, sounds like fun.

I may not be the only one who has to get used to a dance-less life. When the payload moves, it seems like any emote that isn’t fixed to the ground will slide right off. So beware, if your Overwatch 2 main is an erratic dancer, they’ll sadly have to keep their moves off the payload.