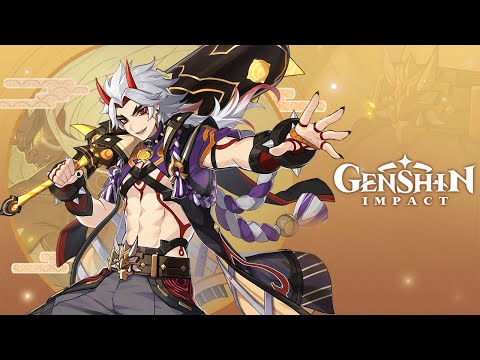 Following the recent release of version 2.3 of Genshin Impact, MiHoYo finally made Arataki Itto available in the gacha.

This time e learn more about his gameplay, following the first trailer that introduced him a while ago, and a second.

You can check the trailer out below.

“In the eyes of Arataki Itto, wielding a weapon on the battlefield is no different from a game of cards or beetle fighting with the neighborhood kids. Both require a serious approach for the outcome to be determined righteously. If you lose, you must quietly accept your loss, but if you win, you can reign supreme.”

If you want to see more of Genshin Impact, we recently interviewed MiHoYo about the game’s platforms, inspiration, and more. You can also read our review and watch the trailer dedicated to Kamisato Ayaka, one starring Yoimiya, one showing Sayu, two focusing on Aloy from Horizon Zero Dawn and Kujou Sara, one showcasing the Raiden Shogun, one focusing on Sangonomiya Kokomi, one showcasing Thoma, and one featuring Gorou.

On top of that, you can read more about update 2.3, which will was released on November 24. The game is currently available for PS5, PS4, PC, iOS, and Android.