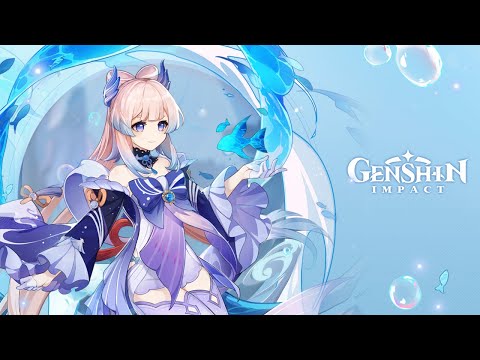 Following the recent release of version 2.1 of Genshin Impact, MiHoYo launched a new trailer showing off on one of its characters.

The trailer is all about the lovely Sangonomiya Kokomi, leader of the resistance, who got her own gacha today. Unlike the original trailer featuring her and the second, this time around we take an extended look at her gameplay.

You can check the trailer out below in both the English and Japanese trailers depending on your voice-over language preference.

Here’s how MiHoYo officially describes her:

The scenery of Watatsumi Island is reflected on the surface of the sparkling waves, as is the pensive silhouette of Kokomi. Having a plan is not just for ensuring victory but also a way of defense.

This is her duty as the Divine Priestess, and also Sangonomiya Kokomi’s own determination.

If you want to see more of Genshin Impact, we recently interviewed MiHoYo about the game’s platforms, inspiration, and more. You can also read our review and watch the trailer dedicated to Kamisato Ayaka, one starring Yoimiya, one showing Sayu, two focusing on Aloy from Horizon Zero Dawn and Kujou Sara, and one showcasing the Raiden Shogun.

On top of that, you can read more about update 2.1. The game is currently available for PS5, PS4, PC, iOS, and Android.