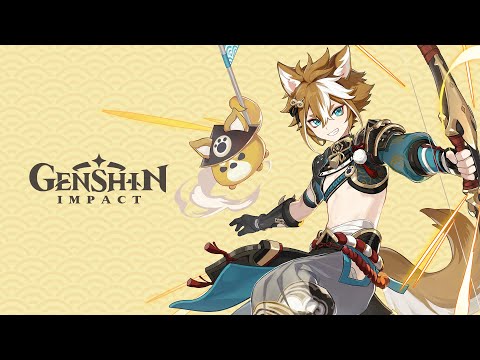 We get to take a look at Gorou, the canine general of the Watatsumi Island resistance. He will be released in-game on December 14.

You can check the trailer out below both in English and Japanese, depending on your voice-over language of choice.

“Have you heard? Rumor has it that if you rub the back of Gorou’s ears before battle, you will be guaranteed victory. It’s hard to tell if this is true, but it can’t be denied that Gorou’s pointed ears are really nice to touch.”

If you want to see more of Genshin Impact, we recently interviewed MiHoYo about the game’s platforms, inspiration, and more. You can also read our review and watch the trailer dedicated to Kamisato Ayaka, one starring Yoimiya, one showing Sayu, two focusing on Aloy from Horizon Zero Dawn and Kujou Sara, one showcasing the Raiden Shogun, one focusing on Sangonomiya Kokomi, and one showcasing Thoma.

On top of that, you can read more about update 2.3, which will was released on November 24. The game is currently available for PS5, PS4, PC, iOS, and Android.