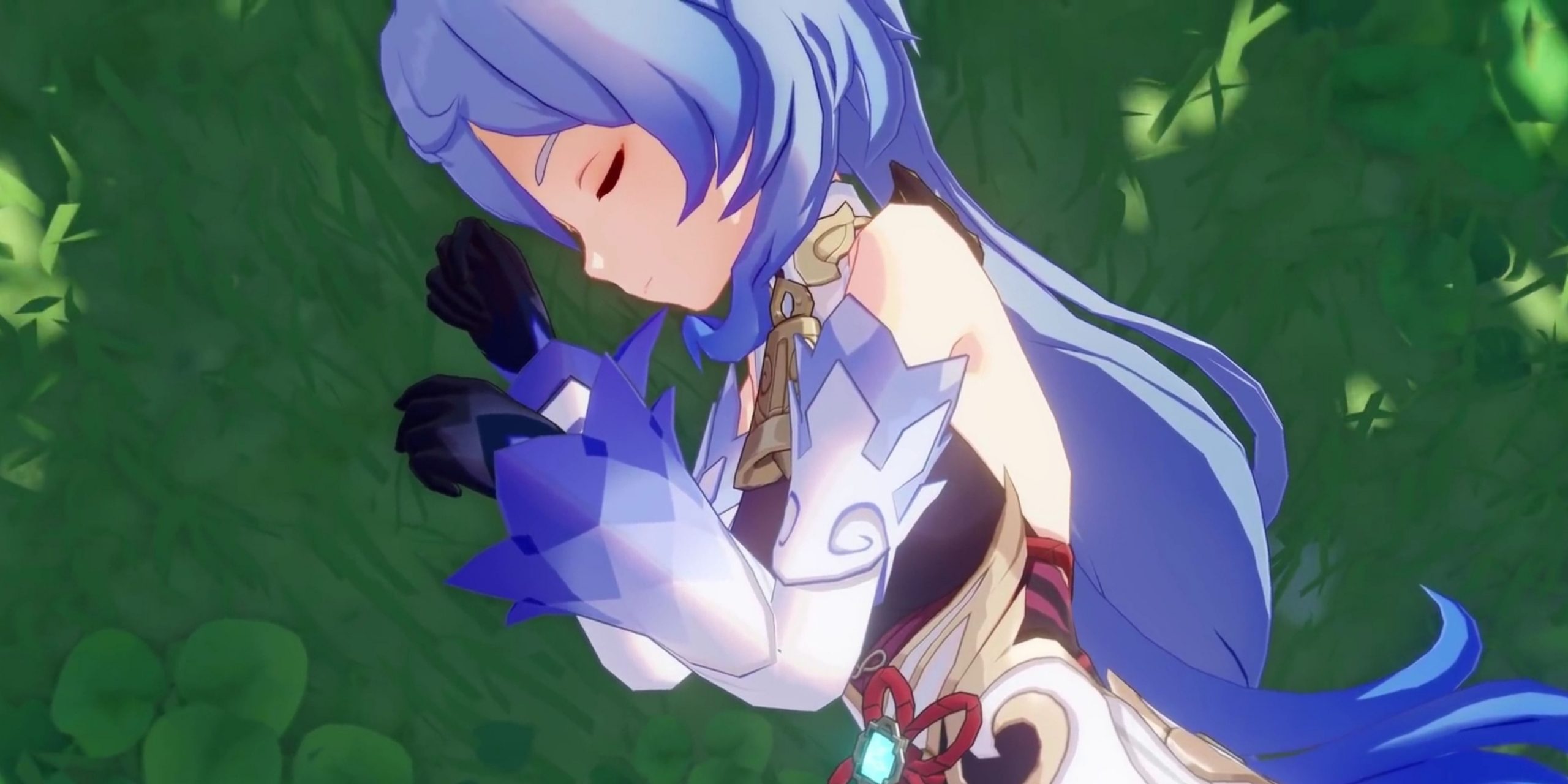 Genshin Impact‘s character list continues to expand with new versions, but two characters remain as fan’s favorites. These characters are Ganyu and Hu Tao. Despite having completely different playstyles, they’re highly desirable because they’re currently the best DPS in the game.

RELATED: Genshin Impact Characters That Would Defeat Diluc In A Fight

However, gacha in Genshin Impact is not always a walk in the park. Players have to properly manage their Primogems to ensure they get the character they want. Hu Tao’s rerun is coming in version 2.2, while Ganyu’s rerun is likely to come soon. However, Primogems stays scarce as ever, even after the anniversary rewards. This causes a lot of players to have to choose between Ganyu or Hu Tao.

Ganyu and Hu Tao are both 5-star characters. This means, in the worst-case scenario, players have to pull 180 times to get one of them. However, unless players are extremely unlucky, they can usually get the character between 75 to 150 pulls.

Either way, this amount of pulls require a large amount of Primogems. So players shouldn’t spend it without a plan. To know how to decide, players can refer to this list of advantages for Ganyu or Hu Tao.

When To Pull For Ganyu

Ganyu is a Cryo character that wields a bow. She’s known for her high AOE damage that can be done without limitation. So far, Ganyu has the best DPS in Genshin Impact. Players should pull for Ganyu if they fit these criteria:

One of the most important factors to consider is whether players need a Cryo DPS or not. If players already have another Cryo DPS like Ayaka, then Ganyu may not be needed. Otherwise, Ganyu is the top choice for Cryo DPS. In addition, Ganyu needs to own a good bow. It will make a remarkable difference in her damage.

For Ganyu’s weapon, players can use one of these:

Ganyu is one of the easiest characters to play. While this leads to a lot of people calling her “braindead,” it’s actually great news for casual players. Ganyu is a Cryo character that wields the bow. Most of her damage comes from her Frostflake Arrow, produced from her Charged Attack (Level 2). To play Ganyu, players simply have to aim her Charged Attack at the enemies or the ground under them.

Ganyu’s Frostflake Arrow doesn’t only deal massive damage, but it also has a large AOE. Ganyu’s playstyle requires her to keep her distance from the opponents, so if players need a ranged character that can finish a horde of enemies quickly, then Ganyu is a great choice.

Can’t Be Bothered With Team Compositions

Players who use Ganyu don’t have to bother with team composition. The half-Qilin fits in any team, and she doesn’t need any support to maximize her potential. However, having a shielder in her team increases her chances to deal more damage. This is because, when Ganyu aims her shots, she needs two seconds to charge. Ganyu can’t receive any kind of damage during that time or her charge time will be interrupted. A shielder will solve this problem.

Additionally, players should definitely pull for Ganyu if they have Venti and Mona built. Venti, Mona, and Ganyu form a popular team composition called the Morgana Comp. Morgana Comp is a permanent-freeze team, where Ganyu can safely kill enemies as they’ll constantly be Frozen. In conclusion, Ganyu doesn’t need help to shine, but some characters can still support her abilities.

When To Pull For Hu Tao

Hu Tao is a Pyro character that wields the polearm. Unlike Ganyu, Hu Tao’s damage dealing has limitations. This is because she relies on her Elemental Skill. Hu Tao also lacks AOE damage, but her single-target DPS is high enough to compete with Ganyu’s AOE. Players should pull for Hu Tao if they fit these criteria:

Pyro characters are mostly known for their DPS or Sub-DPS roles. If players don’t have a well-built Pyro character yet, then Hu Tao can be a perfect choice. When Hu Tao enters her Paramita Papilio State, she converts her HP to attack, allowing her to be a deadly damage dealer. Other than her Element, players should also consider Hu Tao’s weapon before pulling for her. Unlike Ganyu, Hu Tao only has one option for F2P weapons.

For Hu Tao’s weapon, players can use one of these:

Unlike Ganyu, Hu Tao has some mechanics that require mastering. First, players should adapt to Hu Tao’s HP management. When Hu Tao enters her Paramita Papilio State, she loses 30% of her current HP. Players must keep an eye on her HP bar and know when she performs the best.

Hu Tao’s damage is maximized when her HP is below 50%. However, playing a character with a low HP can be risky as a large enemy can easily one-shot her. Players who wish to pull for Hu Tao should be comfortable with her constantly having low HP.

Furthermore, her combat style forces players to Charge Attack enemies, consuming some of her stamina. Poor stamina management will cause players to be unable to dodge incoming attacks. Other than that, players should also grasp animation canceling.

When Hu Tao uses her Charge Attack, the animation is quite long. This can lead to a DPS loss. However, if players use the “jump” button in the middle of the animation, the Charge Attack will end faster while dealing damage normally. All in all, Hu Tao’s best performance is achievable with practice.

Can Be Bothered With Team Compositions

For Hu Tao to perform optimally, she needs a specific set of support. Not only that, but Hu Tao also needs a sub-DPS to fill her seven seconds Elemental Skill cooldown.

Since Hu Tao is constantly losing HP, it’s necessary to build a team that can protect her. So players should have a shielder in the team. Other than that, Hu Tao’s performance grows significantly when paired with Xingqiu. Not only can Xingqiu protect and heal Hu Tao, but he also helps her trigger Vaporize through the enemies.

Hu Tao best performs when her HP is below 50%. In this state, Hu Tao gains a damage buff. Xingqiu’s minor healing makes him an amazing choice for Hu Tao as Xingqiu won’t heal Hu Tao above 50% HP. But, this is why Bennett is not a popular choice with Hu Tao.

Bennett’s healing will easily put Hu Tao’s HP above 70%, making her lose the 50% HP buff. However, if Benny has six constellations, players won’t have to worry about the Hu Tao buff. Bennett’s attack buff will outperform the 50% HP buff, so he’ll be a great option for Hu Tao. Furthermore, Bennett’s final constellation also allows Hu Tao to deal Pyro damage without her Elemental Skill, so Hu Tao won’t need a sub-DPS.

Genshin Impact is now available on Mobile, PC, PS4, and PS5. A Switch version is in development.