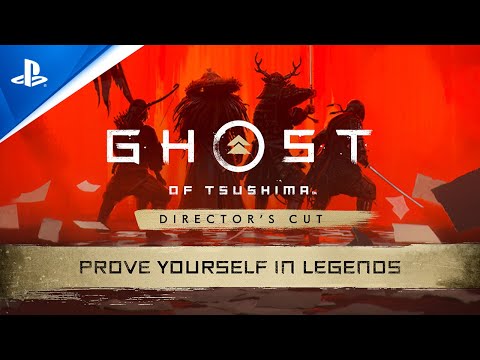 Ghost of Tsushima update 2.10 makes a number of small changes to the PlayStation exclusive, Sucker Punch reiterating that there’s new content on the way.

The latest patch is now available for all versions of the game, including the Director’s Cut on PS4 and PS5.

There are no comprehensive patch notes to sink our teeth into, the devs highlighting a few changes that impact New Game+ and Ghost of Tsushima: Legends.

Patch 2.10 for Ghost of Tsushima Director’s Cut is live. This patch fixes a bug with Samurai Armor loadouts, adds an option to acquire Silk from the NG+ merchant, and removes a Legends requirement from the Common Courtesy trophy, plus various additional bug fixes and adjustments.

For those wondering, Silk is a resource used to upgrade some of the game’s most powerful armour sets. You’ll usually earn Silk by completing missions (or “tales”) which can make it hard to farm. However, those playing Ghost of Tsushima in NG+ can spend Ghost Flowers to instantly get their hands on plenty.

Read more: You should be playing Ghost of Tsushima: Legends Rivals

It’s unlikely we’ll see more singleplayer DLC added to the game following Iki Island. However, there is new Legends content on the way with bonus Trials of Iyo challenges dropping this week. The studio will also be adding additional co-op survival maps on September 24th and October 1st.