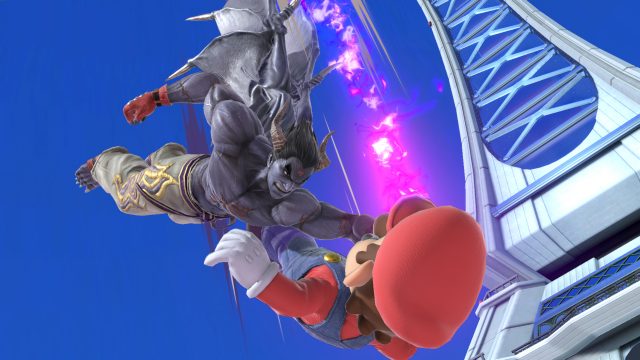 During today’s Mr. Sakurai Presents “Kazuya” broadcast, it was revealed that the legendary Tekken fighter is coming to Super Smash Bros. Ultimate on June 29—today! Kazuya is available now to download from the Nintendo eShop. We’ll launch into the specifics about the character’s release, but if you’d like to see it all in action, here’s the presentation in its entirety:

Kazuya brings with him a new stage, Mishima Dojo, and 39 tracks of fresh music. Here’s an overview of Kazuya straight from Nintendo:

Shantae comes with an additional music track once purchased. Sakurai has also let fans know that the final Smash Ultimate DLC fighter will be coming later this year—and that it will indeed be the final additional brawler introduced to the roster. With these four Mii Fighter costumers revealed, the odds are extremely low that the last fighter will be any of these characters. Which begs the tantalizing question of who the final fighter will be. In the meanwhile, feel free to head to the eShop to pick up any or all of this DLC!