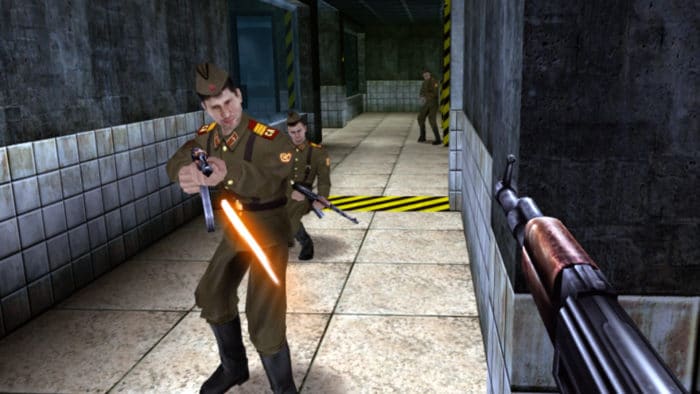 Goldeneye 007’s Xbox Port May Be in the Works

Goldeneye 007 is among the classic Nintendo 64 games that remain beloved within the gaming community. Other games of its caliber already got next-gen remasters. Unfortunately, it did not get the same treatment. However, it would seem that things may change soon.

Some leaks that recently surfaced suggest that a next-gen port is in the works. A full achievements list for Goldeneye 007 was found on ExoPhase and TrueAchivements. These websites track Xbox Achievement activity. The game was not on there before, but its current presence on the list hints at a new port.

According to the website, there are also only two Xbox accounts that have earned Goldeneye 007’s Achievements. They are xtinamcgrath and BIGsheep. It was later found out that these two are Christina McGrath and James Thomas, who happen to be staff members at Rare.

Furthermore, this is not the first time that Goldeneye 007 was planned for an Xbox port. Rare had reportedly planned to remaster the game for Xbox Live Arcade during the Xbox 360 era. Devs were just about finished with the game when they decided to cancel it. This recent news has re-sparked speculations among fans. After all, the game would have an epic comeback on modern Xbox platforms with online multiplayer.

The game’s Achievements list also shows that it has 55 Achievements. They are worth a total of 1,000 Gamerscore. This score is another hint that a new port could really be in the works. Back when the game was being worked on for the Xbox Live Arcade, XBLA games only had a limit of 200 Gamerscore. Seeing that Goldeneye 007 has 1,000 is an interesting development.

The game files of Rare’s cancelled Goldeneye 007 remaster were out in February 2021. Rare then released a full playthrough just a month later. As seen in the demo, players could swap between old and new visuals. This means that the game could run at 60fps or in 4K.

Do you want an Xbox port for the game? Let us know in the comments below.

The post Goldeneye 007 Could Be Heading to Xbox appeared first on COGconnected.