Golf Club: Wasteland PS4 review. Look, I hate golf games – I just can’t stand them. An exercise in rectum clenching banality for this scribbler, I can’t think of a quicker way to shatter my skull with weapons grade boredom than to spend ages lining up the perfect shot so it lands on some non-descript patch of green fairway before putting it along into a hole in the ground.

So now that I’ve outed myself as some sort of monstrous, golf-hating asshole, you can probably understand why I’ve grown rather fond of Golf Club: Wasteland, a leisurely golfing effort that somewhat flips the bird to any notion of a realistic pursuit of the sport, while also weaving in some deeper themes and slotting in an absolutely slapping soundtrack to boot.

Set in the far future where, you guessed it, the Earth has been reduced to a largely uninhabitable, neon-stained waste and technological graveyard, you play as a super-rich dude who decides to strap on his jetpack powered spacesuit and promptly park himself amongst the ruinous sprawl of the planet to play a few rounds of golf. Well why not, eh? 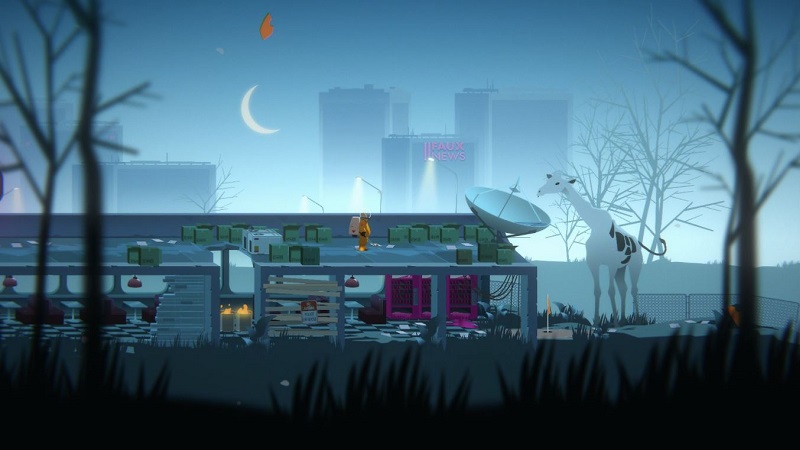 Viewed from a side on perspective across some thirty-five different levels, Golf Club: Wasteland doesn’t care if you’ve played or even gotten a sniff of a golf game before. Sure, it uses some actual golfing terminology such as ‘par’ and ‘birdie’ and leverages different mechanics for driving the golf ball and performing the putt (heck, even I know that much about golf), but Golf Club: Wasteland is as straightforward as it can be – you whack the ball into the hole in the floor and you’re done.

Now of course, if Golf Club: Wasteland was just that it would be catastrophically dull (see the weapons grade boredom from earlier), but developer Demagog Studio uses the side on perspective to evocative effect, effectively turning Golf Club: Wasteland into more of a physics sandbox than a traditional golf game. What this effectively results in is a series of levels where you have to bounce the ball off of flat tower blocks, over hollowed out buses, around the local irradiated animals that have taken over the joint and much more besides.

It couldn’t be easier to pull off these shots either – which in and of itself makes Golf Club: Wasteland a compelling prospect for people that either don’t like golf (me), or happen to be very bad at it (also me). You simply prepare a shot by using the left analogue stick, tweaking it up, down, left and right in order to find your desired sweet point of power and trajectory and then away you go. It’s responsive and super satisfying stuff – two things I thought I’d never associate with golf but here we are. 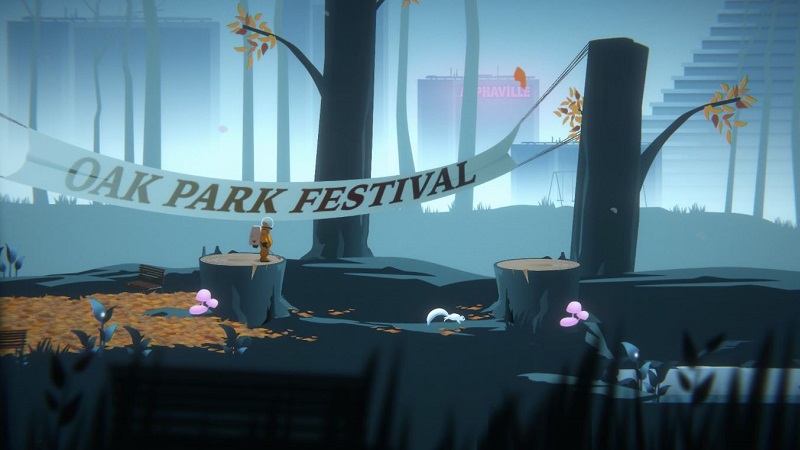 And that’s largely the bulk of the game. You spend your time hitting golf balls across a variety of different levels that each provide a different look into the abandoned world that humanity left behind, all the while the unique environments that you’ll encounter provide increasingly tricky challenges and obstacles to be overcome in order to keep things sufficiently spicy.

So Golf Club: Wasteland is a hugely enjoyable proposition for just about everyone really, but it also turns out to have a surprisingly warm story too. You see, in the story mode, each course has its own story to tell. Whether it’s the reflective monologues of the golfer himself, the dulcet tones of the Radio Mars presenter who recalls how consumerism drove the Earth to its grave or the observations of a secret individual, each level in Golf Club: Wasteland does a fantastic job of setting the scene and peering back into the history that has brought the planet to this point. Golf Club: Wasteland’s narrative is certainly something of a cautionary tale.

In addition to providing a greatly unexpected and well executed narrative backbone, the story mode in Golf Club: Wasteland serves another purpose as well – it’s super, super chill. With no real fail state and the ability to keep on hitting those balls with reckless abandon, no matter how many miss their mark, coupled with the super smooth soundtrack and radio DJ commentary which suggests humanity is also effing up Mars quite nicely also, Golf Club: Wasteland becomes something of deceptively relaxing gem that you can hop into for a few minutes after a busy day before hopping out again. 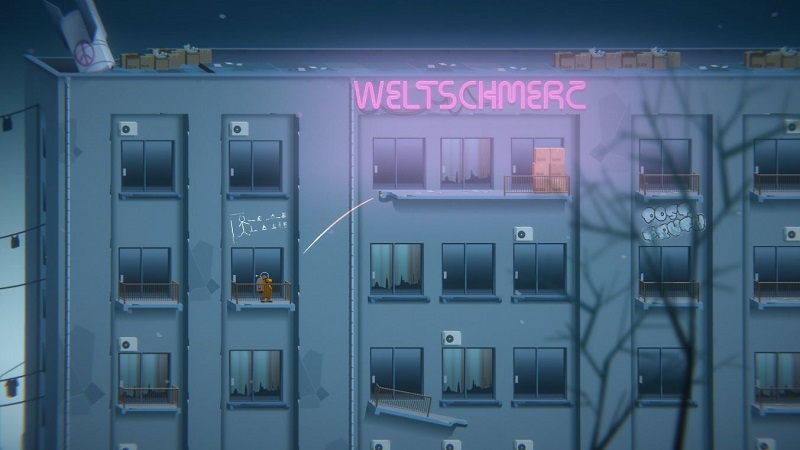 Though I have established that Golf Club: Wasteland is something of a relaxed and easy going affair, that shouldn’t suggest that it doesn’t possess appeal for those looking for a challenge too. In addition to the story mode there’s also the puzzle mode which enforces a set number of shots to complete each level by, forcing you to look for the sorts of cunning and ingenious solutions you wouldn’t normally have sought.

Much like the audio side of things, the visuals in Golf Club: Wasteland are understated and yet impressive. The detailed two-dimensional background art and nuanced character animation all conspire to create vivid and vibrant looking levels that are joy to play on, while also providing an oculus for staring into this post-apocalyptic future of our lovely green planet being turned into a wasteland golf course for the rich and famous.

And this is Golf Club: Wasteland. It’s not an especially long game at all (you can beat the story mode in between 3-5 hours or so), but I firmly believe that its merits lay both in its deceptively emotive storytelling and also in its newfound status as my go-to game to relax and chill with after a day of misery and shenanigans. But hey, don’t listen to this golf-hating asshole; try it for yourself and find out.

The post Golf Club: Wasteland Review (PS4) – Cutting Social Commentary Meshes With Out Of The Box Golfing That Everyone Can Enjoy appeared first on PlayStation Universe.