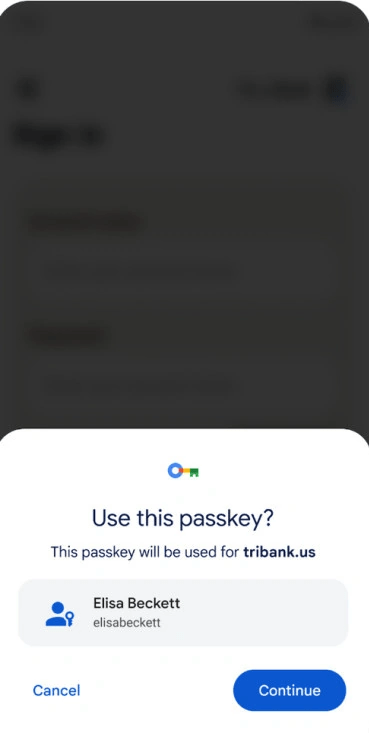 Recently, Google announced the launch of an initial Google Passkey test for its Android and Chrome browsers. The current first phase of the test is designed to give developers access to the technology through the use of Google Play Services Beta and Chrome Canary, and allow them to add support for the feature to their websites and apps.

Google said it hopes to roll out support for the feature to the stable channel later this year when more developers can incorporate the technology into their products.

Passkey passkeys are said to be an alternative form of password designed to provide a more secure and faster password-free login experience for a variety of websites and apps. Unlike passwords, Passkey is a standards-based technology. It is resistant to phishing, always has excellent security, and is designed to avoid the sharing of secrets.

Passkeys are a significantly safer replacement for passwords and other phishable authentication factors. They cannot be reused, don’t leak in server breaches, and protect users from phishing attacks. Passkeys are built on industry standards and work across different operating systems and browser ecosystems, and can be used for both websites and apps.

The current Passkey interface is similar to the autofill interface that Chrome mobile users are already familiar with. Using Passkey is as simple as selecting the account to log into, and then using the user’s fingerprint, face, or screen lock to gain access.

Users can also sign in from a nearby device using the password on their phone if they wish. To log in to the site from a computer, a QR code can be provided and scanned with the phone to grant access.

The next milestone for the Google Passkey is to bring API support to native Android applications. Developers who build support into their apps will allow users to choose to sign in using Google Passkey or a password. As Passkey becomes more popular, there will be less need to create and remember passwords, which could lead to fewer account hacks.