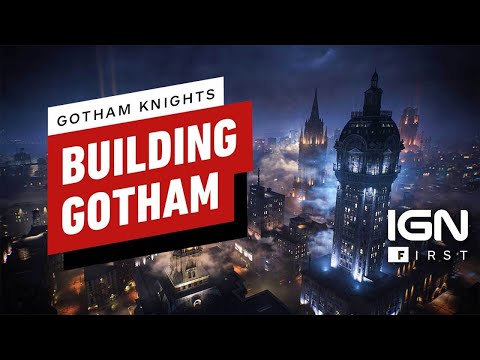 We’ve recently been getting a lot more information about Gotham Knights from Warner Bros. Montreal, including a better look at how it plays, some of the suits we can expect to earn, and a better look at one of the game’s main villains, Mr Freeze. One of the elements of the game we previously hadn’t seen too much about was its version of Gotham, although the curtain has now been pulled back a little thanks to a new video feature.

The in-depth look at Gotham Knights’ version of Gotham comes courtesy of IGN, who talked to the game’s developers and learned a lot more about how the city was put together, including the fact that it has 400 years of backstory attached to it that was decided during the game’s pre-production so that it feels as real as possible, and so that the game’s main villains, The Court of Owls, have a significant presence.

The video from IGN, titled “Building a Brand New Gotham City” opens by explaining the origins of Gotham and the main families that inhabit its five boroughs. We then get to see the full map for the first time, and it looks suitably massive when compared to older games in the Arkhamverse. Each borough will be incredibly different from one another in terms of design, such as the Cobblepot-associated Cauldron area being more cramped and underdeveloped.

A key element of the city is that its history and background are linked to the game’s main villain, The Court of Owls, something that creative director Patrick Redding commented on, “One of the things that we love about The Court of Owls, aside from the fact that it’s a new, fresh addition to the Batman canon, is that they represent a threat that is so embedded, so intrinsic to Gotham City that even Batman doesn’t even know about it. The notion of a threat that is so intimately tied to a city that he considers to be his city, that he knows like the back of his end, that he’s been patrolling for literally decades at this point, that’s a very intimidating and scary idea.”