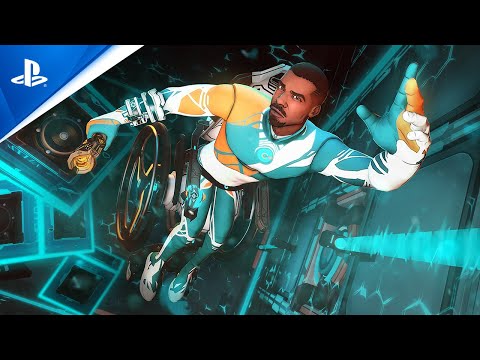 Gravitational has a new release date of November 11th, which has been confirmed in a new story trailer. The PSVR title was originally meant to be released in July but was delayed. In development by Electric Monkeys and Perp Games, Gravitational is a puzzle platforming VR title in which players take on the role of a scientist named Sebastian, employed by a company called Gravicorp. You can check out the new story trailer below.

The story follows Sebastian trying to get to the main core at Gravicorp in hopes to fix it, but it will be no easy journey. Sebastian has to use tools to manipulate the environment and gravity around him to create pathways, allowing him to cross areas in his wheelchair. When the original release date was announced, Rob Edwards of Perp Games said, “Gravitational has made a huge impact since its announcement and we are incredibly proud to be working with such a talented team as Electric Monkeys. Gravitational is an incredibly fun game, that makes you think about the world around you.”

Hugo Campos, Co-Founder of Electric Monkeys Game Studio said: “We are very glad to work with Perp, who believe in Gravitational and work alongside our team to help create the best experience for the game.”

Electric Monkeys has also announced that Gravitational is part of the Unesco Games For Change Mission. The aim of the mission is to bring developers together and help impact positive social change through games including workshops, conferences, and connections with different groups. Other games that have been part of Games For Change include Dreams, Gris, and Sky: Children of Light.