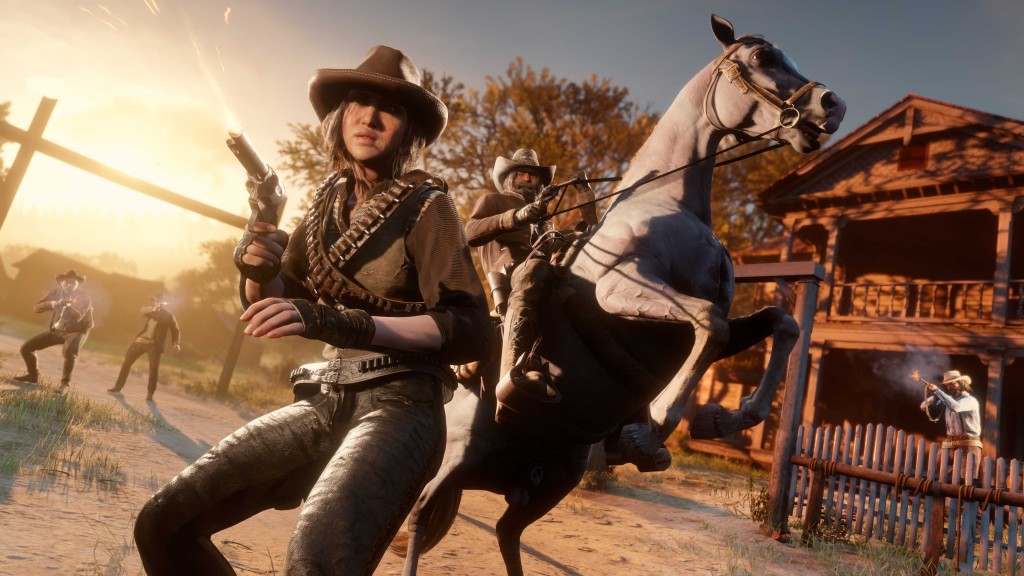 Red Dead Online support is slowing down in favour of GTA 6, while GTA Online continues to thrive.

It’s a bit of a rough time for Red Dead Redemption fans. Not only has the rumoured remaster of the first game apparently been shelved, but Rockstar Games has announced that Red Dead Online (the sequel’s online multiplayer component) will no longer see any major updates.

Just like the studio’s remaster projects, this too is because Rockstar is putting all its energy into Grand Theft Auto 6.

This doesn’t mean the game is dead though (at least not yet). Red Dead Online will continue to be supported with monthly and seasonal events, new single-player missions, and general improvements to its existing modes.

‘Over the past few years, we have been steadily moving more development resources towards the next entry in the Grand Theft Auto series – understanding more than ever the need to exceed players’ expectations and for this next entry to be the best it can possibly be – and as a result, we are in the process of making some changes to how we support Red Dead Online,’ explains Rockstar.

‘Alongside seasonal special events and experience improvements – plus other changes to enhance and maintain a healthy Red Dead Online environment – we plan to build upon existing modes and add new telegram missions this year, rather than delivering major themed content updates like in previous years…’

As disappointing as this may seem, it’s not too surprising that support is winding down. There haven’t been any major updates to Red Dead Online in around a year, leading many to assume Rockstar had quietly abandoned it.

Only yesterday, word spread of a fan-made funeral for the game to be hosted next week, on July 13.

Does this mean Rockstar will start slowing down support for Grand Theft Auto Online as well? Far from it, as its July updates are frankly gargantuan compared to what’s in store for Red Dead Online.

In addition to the usual improvements and changes, the update will expand upon the Executive, Biker, Gunrunner, and Nightclub Owner careers, add new missions that gives players the ‘opportunity to be sworn in as a special IAA field operative to investigate a budding criminal conspiracy,’ and select GTA$ payouts will be increased, so you can earn more money quickly.

This week, you can also make triple earnings from casino work, and racing enthusiasts can acquire a new car, the Pfister Astron Custom, and take part in a new time trial. The vehicle and time trial, however, are exclusive to the PlayStation 5 and Xbox Series X/S versions.

The point is there is a lot still to come to GTA Online (probably because it remains profitable for Rockstar), with the updates set to drop throughout the month.

Rockstar’s website has a full breakdown of what to expect, including new discounts and this months’ benefits for GTA+ members (like extra money and a fancy penthouse).

Red Dead Online is available for Xbox One, PlayStation 4, PC, and Stadia.