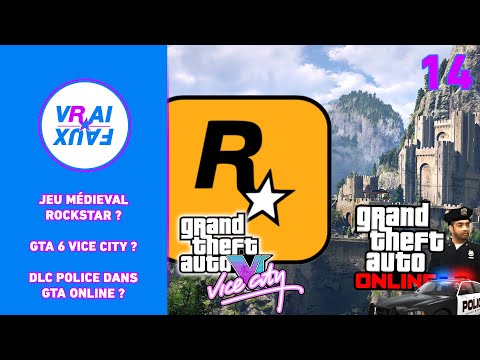 A new rumour suggests a very plausible reason for why GTA 6 is taking so long: work on the game was rebooted when Rockstar’s co-founder left.

As you probably already know, Grand Theft Auto 6 is taking a really long time. GTA 5 was first released over eight years ago and yet there’s never been any official word of a sequel… but apparently there was supposed to be last year.

According to French source Rockstar Mag’, which also claims that a remaster of Red Dead Redemption 1 is currently underway, the reason for the massive delay is that development was restarted once Rockstar co-founder and lead writer Dan Houser left the developer last year.

Supposedly, Rockstar was planning to announce GTA 6 in 2020 but instead the game entered a new level of development hell, creating chaos and uncertainty within the developer’s various studios not seen since the original Red Dead Redemption (which, of course, turned out great in the end).

Unless something has been missed in translation, there aren’t any other major details other than the reason for the restart was that the story and gameplay had changed too many times and the only option was to start again from scratch.

That’s immediately reminiscent of what happened with Metroid Prime 4 but it also fits in with other rumours of GTA 6 which, although they haven’t mentioned anything about development restarting, place the release date as somewhere around 2025.

That is an enormous amount of time for a game that you would have assumed has been in development for years already, but it makes perfect sense if everything restarted in 2020.

Riders Republic review – jack of all trades, master of fun

Houser’s exit is also a very plausible reason for the chaos, as he has been working on the series since GTA 3 and was the main creative force behind its gameplay and writing. Trying to carry on with GTA 6 after he left would’ve been very difficult and it’s no surprise Rockstar might have decided to start again.

That doesn’t mean the rumour’s true (although Rockstar Mag’ does have a good track record) but what is clear is that with the next gen versions of GTA 5 due next year there doesn’t seem any likelihood of GTA 6 being released, or even announced, anytime soon.

MORE : ‘Where the hell is GTA 6?’ demands fan on German game show