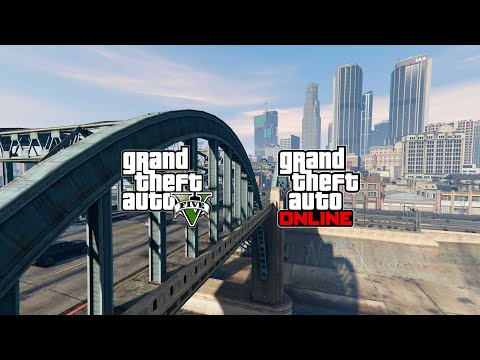 Launching this week, GTA+ is a new monthly membership programme for GTA Online players on PS5 and Xbox Series X/S.

One of the big criticisms fans had about the PlayStation 5 and Xbox Series X/S versions of Grand Theft Auto 5 was that they seemed to be the exact same games with no extra content.

Turns out Rockstar does have something new lined up though, at least for GTA Online players and for those willing to shell out a monthly fee. No doubt inspired by Epic Games’ Fortnite Crew subscription service, Rockstar is launching one of its own called simply GTA+.

The service will be exclusive to the PlayStation 5 and Xbox Series X/S versions of the game (probably to encourage PlayStation 4 and Xbox One users into upgrading) and will launch on March 29.

For monthly payments of $5.99 (Rockstar hasn’t shared UK prices yet but that’s roughly £4.50), you can claim exclusive rewards like new vehicles and upgrades, take advantage of members only discounts, and claim properties that unlock gameplay updates that you may have missed.

Rockstar has already shared details on what the first months’ offerings are, and they consist of:

You’ll also receive a monthly deposit of GTA$500,000 and special GTA+ Shark Cards that provide extra cash from either the PlayStation Store or Microsoft Store.

Since it’s a next gen exclusive, more fans will likely start migrating their GTA Online progress over to the PlayStation 5 and Xbox Series X/S versions. Although they were probably hoping you wouldn’t have to pay for any of the new content.

MORE : Grand Theft Auto 5 review in progress – the next generation of GTA

MORE : Get GTA 5 half price on PS5 and Xbox Series X till June