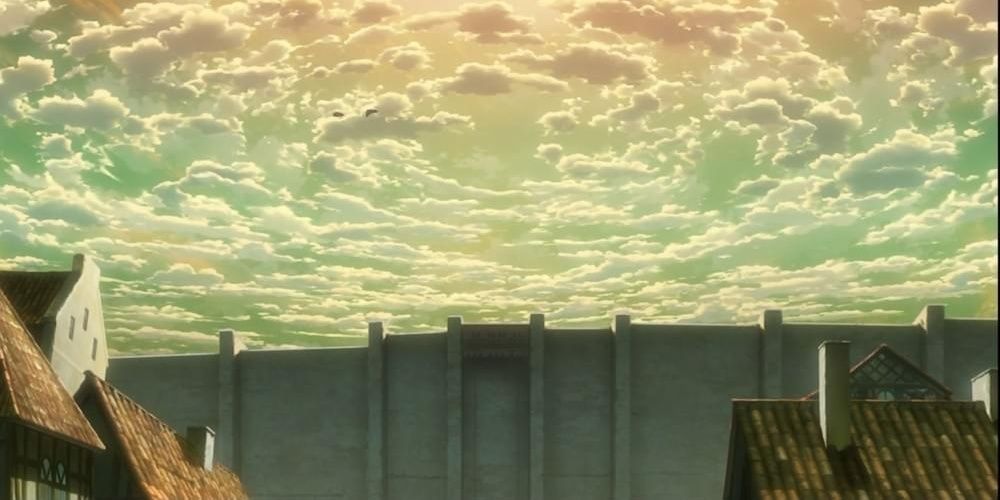 Fans have gushed over Attack on Titan to no end over the course of its long run. Both the anime and the manga are widely regarded as shonen landmarks and have been hotly discussed and dissected by readers and viewers alike. The anime’s actions sequences are unforgettable and its haunting soundtrack is bursting at the seams with energy.

RELATED: Best Anime to Watch if You Love Attack on Titan

The popularity of Attack on Titan has brought countless fans to the world of anime and has even spawned live-action films, multiple video games, crossovers with Marvel’s Avengers comics, and a Universal Studios theme park in Japan. While people are somewhat aware of the manga’s creator Hajime Isayama, few fans are familiar with the young mangaka’s inspirations for his beloved series. With the manga having already ended and the concluding episodes of the anime set to release in early 2022, it’s perhaps the best time to revisit Isayama’s inspirations for Attack on Titan.

The iconic Walls surrounding humanity in the story are inspired by Isayama’s hometown of Oyama, Oita in Japan, as he states in his interview with NHK Japan (which was translated on SNKNEWS’s website). The mountainous landscape he grew up in gave rise to his idea of colossal Walls keeping the survivors of humanity safe from the threat of the Titans.

Even the fundamental motivation of the series’ protagonist, Eren, mirrors the writer’s own urge to explore the unknown world. He felt a stifling frustration growing up, and wanted to leave his hometown and “break free.” The story can easily be interpreted as his way of expressing these emotions.

Isayama first got the idea for his mankind-devouring Titans from the comedy-horror manga Jigoku Sensei Nube. The fascinating manga —which isn’t as popular as some, perhaps— featured a cannibalistic Mona Lisa who used to come out of her painting and eat people whole. The writer told Norma Editorial on YouTube that he was horrified when he saw it in elementary school and drew from his experience while writing his own story. The protagonist of Jigoku Sensei Nube, not unlike Eren, discovered a secret – that he had a powerful monster hand!

Isayama’s childhood days, living on a farm and observing wildlife, also influenced the man-eating nature of the Titans.

Titans Modeled After Real People: Looks Possibly Can Kill, In A Way

In an interview in Illustrate Note magazine translated by Tumblr’s ‘fuku-shuu’ and ‘suniuz‘, Isayama recounts leaving home to work part-time at an Internet cafe and observing emotions like bewilderment and aimlessness in the patrons. These personalities then became the prototypes for his Titans. As for the uncomfortable and unchanging expressions plastered on their faces, Isayama looked at random people in magazines and tried to find unpleasant expressions that he could use.

He fully intended the Titans to evoke a sense of contorted, scary humor, and to that end, wanted their expressions to be “the nastier, the better.”

When it comes to unforgettable combat scenes and super-powerful fighters, there are very few anime that can surpass Attack on Titan. The visceral, hand-to-hand combat of the series is a huge part of its appeal. Well, not many would know that Isayama is a fan of mixed martial arts and UFC. In a Tumblr translation of his interview with Gong Kakutogi, he has actively credited UFC as part of his inspiration for the Titan fight sequences.

Fans can clearly see this influence in Eren’s battles with the Armored and the Female Titans. Even Eren’s Titan and the Armored Titan are seemingly modeled on the former UFC fighter Yushin ‘Thunder’ Okami and Brock Lesnar respectively.

While Isayama has been a manga reader since his early days, he considers most of his influences to stem from other media like movies and video games. The Japanese horror film industry, in particular, had a huge impact on him in his youth, as seen in his Norma Editorial interview, translated by Reddit user abyssblade.

Home-bred titans like Godzilla, Gamera and Mothra were the monsters of his childhood. He began drawing at a very early age, around his kindergarten days, and he almost always drew monsters. Who knew he would grow up to draw some of the most bone-chilling monsters ever in the form of his Kyojins!

While discussing the conclusion of the manga (one of its best aspects) in a recent interview reported on comicbook.com, the writer described the final chapter’s inspiration. Jurassic Park, the other global phenomenon where giant, human-made ‘monsters’ are let loose and terrorize people, left a real impression. Fans who have read the final chapter of Attack on Titan, and the series in general, would agree on the similarities the Titans shard with the dinosaurs.

Though not animalistic in their appearance, the Titans more than made up for it with their craving for all things human!

Isayama loved to play brilliant fantasy visual novel Muv Luv Alternative, a video game chronicling a love story, with the backdrop of aliens colonizing Earth and driving humanity to near extinction. The ‘aliens’ element would be enough to see the influence, but it doesn’t end there. In his comicbook.com interview, he mentions that he was also inspired from the game’s use of alternate timelines as a plot device.

This can be seen in the manga’s introduction of the ‘Paths’ and the Titan shifters’ connection to Ymir Fritz, the original Titan. Many fan theories about Attack on Titan revolve around alternate timelines as well.

Paradise Lost And The Dark Knight: Freedom or Sanctuary

It might come as a surprise, but Isayama’s central theme of breaking one’s shackles and attaining freedom (which also drives the series’ central protagonist) originate from the poem Paradise Lost, John Milton’s masterpiece.

Additionally, Isayama recently talked about the Colossal Titan in an interview in the Gekkan Shingeki no Kyojin, translated by Tumblr user ‘yusenki’. He mentioned that he was influenced by a movie critic’s review of The Dark Knight, where the critic claimed the character of The Jokerwas inspired by Paradise Lost. That influence later evolved into his story’s theme of abandoning sanctuary and safety in the search for freedom.