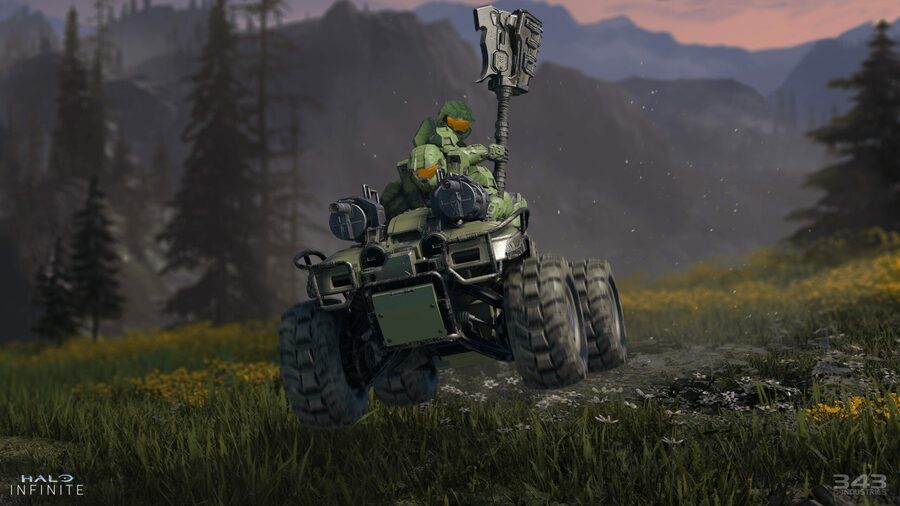 343 Industries has just started to talk a little more about campaign co-op for Halo Infinite, which begins flighting this month for Halo Insiders. The studio has shared a little more info about how co-op will work with Infinite’s open world, and there are going to be certain limitations.

One such limitation tethers you to your online buddies. Basically, Halo Infinite campaign co-op will feature an ‘Area Of Operations’ mechanic – essentially a limit to how far you can stray from other players. At present, you’ll get a warning at 800ft apart, before you’ll die and respawn next to your buddy if you hit a 1000ft distance.

“We have established what is called “Area-Of-Operations” (AOO). This is the maximum distance that players in a Fireteam can stray from one another as they explore and tackle the challenges of Zeta Halo. If you stray too far from your Fireteam, you will get a warning to return to the team. If you ignore that warning and continue, you will be killed for going AWOL and be spawned back on your nearest teammate.”

“We landed on tuning the AOO with two values: an inner ‘warning radius’ (800 feet) and an outer “kill radius” (1000 feet). To give you an idea of that scale in-game: if two of you want to hit a really big objective like the Banished dig site, the AOO will definitely allow you to tackle an objective of that size from opposite sides with room to spare.”

There’s less of a limit when it comes to player progression though. 343 has confirmed that cores/abilities will be earned per player, so if one co-op player grabs a core, anyone in the lobby will be granted that ability. Also, solo and co-op progression carries over, so if you play some solo and then hop into co-op on the same save, your progress will continue.

A few other details regarding cross-platform play, co-op parties, mission replays and more have been shared in a fairly detailed Q&A posted by the developer. Campaign co-op testing begins July 11, before a wider co-op release is expected in late August.

Will you be jumping into Halo Infinite campaign co-op? Let us know down in the comments!