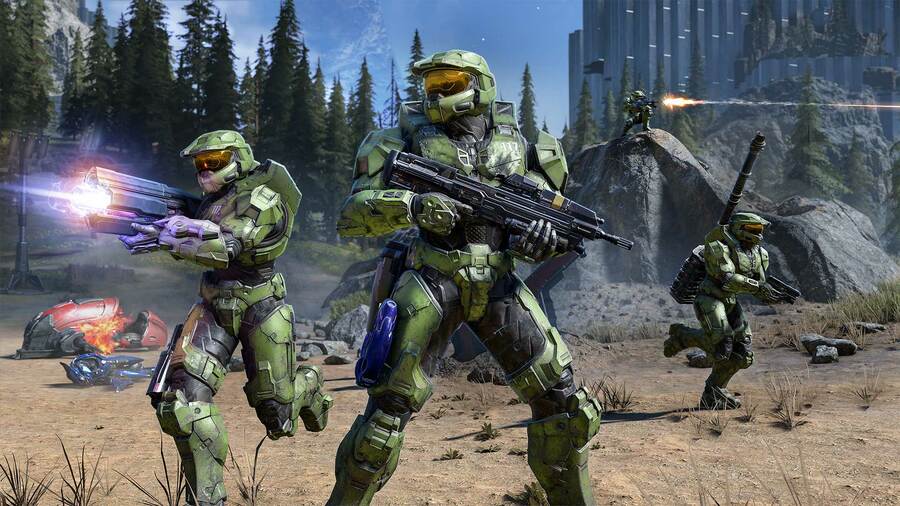 343 has just released an update on the Halo Infinite Campaign Co-op preview – revealing it will go live on July 11th.

In a lengthy blog over on Halo Waypoint, the development team mentioned how co-op cross-play would be “fully supported” between Xbox Series X|S, Xbox One and PC, including Xbox Cloud Gaming.

Additionally, the game will support up to four players (each player will take control of Master Chief), and all games are hosted on dedicated servers. To jump into a game, you’ll need to form a Fireteam – then from there you select co-op from the main menu.

In this mode, “everyone’s progress counts” – meaning players pick which save slot they want their Co-Op progress to count towards. 343’s “No Spartan Left Behind” will also play a part:

When out in the field, there’s an Area-of-Operation to keep players within the distance of each other. This is the maximum distance (800 feet warning radius, 1000 feet kill radius) players can stray from one another as they explore Zeta Halo.

Along with the Co-Op mode, there’ll also be a “Mission Replay” mode rolled out and some new Co-Op and Mission Replay achievements. You can read more about this in our other story:

To participate in the upcoming Co-Op flight, make sure you’re signed up to the Halo Insider program and have opted into the Network Co-Op flight program when it goes live. Progress from this flight will not carry over to the full release.

The full version of Halo Infinite’s Network Co-Op is currently scheduled to be released by “late August”, according to the Season 2, 2022 roadmap.

Are you looking forward to Network Co-Op? How about Mission Replays? Leave a comment down below.