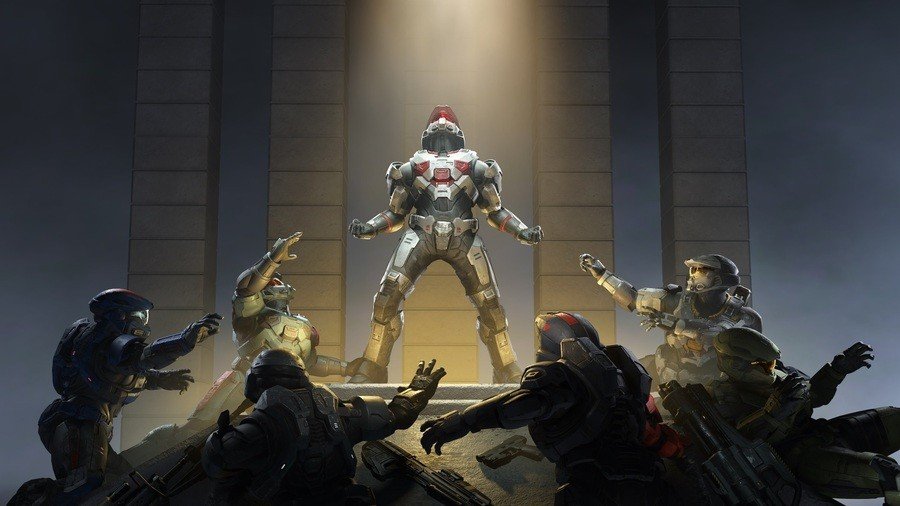 343 Industries has detailed what to expect from Halo Infinite‘s new Season 2 modes, and one in particular has caught our eye. Last Spartan Standing is a new free-for-all mode coming to the game next month, and it has some real shades of battle royale to it.

Let us explain. Technically it’s a spin on standard free-for-all, something we’ve seen plenty of in Halo before. However, the move to Big Team Battle maps opens things up quite a bit, along with the increase in player count, which should lead to tense battles between more players.

Also, you only have a limited amount of lives, which is something we see often from things like Apex Legends‘ spawn beacons and Warzone‘s buy-back system. Finally though and perhaps most crucially, there’s a closing circle that condenses the battlefield as matches come to a close. See it in action here:

That all looks and sounds pretty battle royale-esque to us, minus the looting and and even bigger player counts. Still, it could serve as a precursor to a proper BR, which has been rumoured in Halo Infinite for some time. While we await official news on that though, here’s what 343 has said about building Last Spartan Standing for Season 2:

We had a ton of fun developing Last Spartan Standing! As a designer, the box for this mode was the seasonal theme, “Lone Wolves,” as well as featuring our new Big Team Battle map, Breaker. To me, that screamed building something that was all about “You versus everyone else,” and leveraging the larger play space available in BTB.

Will you be giving this new mode a go next month? Let us know in the comments.