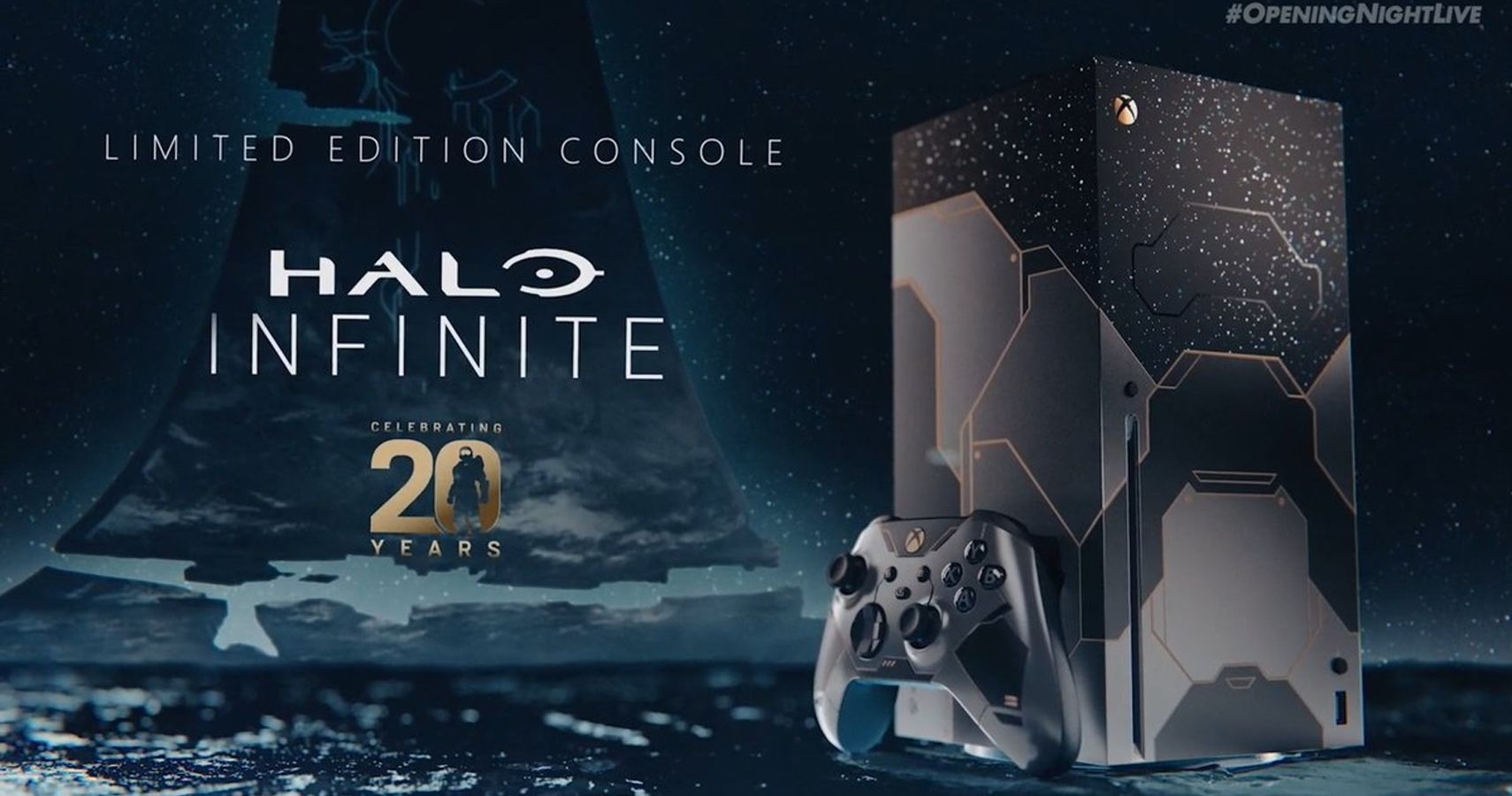 Halo's limited edition Xbox Series X console sold out almost instantly in the US, and many of them have already found their way onto resale sites.

As promised, Xbox had a heavy presence during Gamescom's Opening Night Live. The lack of new information revealed during Xbox's own event the night before was more than made up for, especially when it comes to Halo Infinite. The next Halo game now has a confirmed release date, as well as some limited edition hardware coming your way to celebrate Halo turning 20.

The hardware revealed was an Xbox Elite Series 2 controller, and a very special, very sleek-looking Halo-themed Xbox Series X. The console is wrapped in dark metallic paneling with a gold accent and comes with a free digital copy of Halo Infinite. It hit a number of major retailers as soon as it was announced on Wednesday, including Target and Best Buy, and appears to have sold out almost instantly.

RELATED: Halo Infinite Guide: Everything We Know So Far

That's a safe assumption to make not only because there's no stock to be found on the sites where they dropped, but also because of the ones that have predictably shown up on resale sites. Even though the limited edition console retails for $549.99, you'll struggle to find one on eBay right now for anything less than half that.

In fact, at this point, getting your hands on a Halo Series X for $1100 might be considered a steal. The highest-priced listing we've been able to find on eBay is currently sitting at $5100. That's not the starting price listed by a very optimisitc owner of a pre-ordered console, that's a listing that currently has 13 bids and more than six days left until the auction ends.

People are obviously quite taken with the new console. So much so that they're willing to spend thousands of dollars to make sure they get their hands on one. Reselling for inflated prices is an ongoing problem for the PS5 and Xbox's new consoles. This situation is slightly different, though. Xbox is yet to reveal how many Halo consoles will be available. The batch released last night might well be all there ever is, hence the willingness by some to pay sky-high prices.

NEXT: Free Guy Includes A Lot Of Big-Time Cameos You Might Have Missed