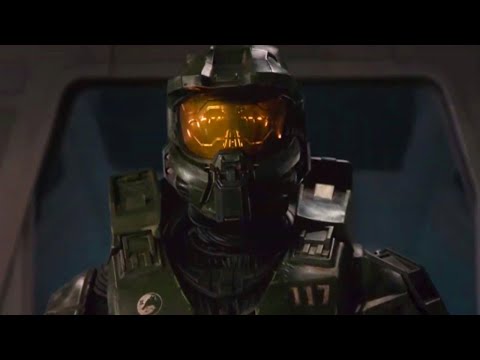 Paramount’s Halo TV show has done what the games never have and showed Master Chief’s face in the very first episode.

Ever since the first Halo game released in 2001, and even after 343 Industries took over development from Bungie, one thing that has never changed is Master Chief’s face. Namely, that you don’t see it.

While he’s removed his helmet in cut scenes before, the games have never shown what Chief looks like underneath. So, fans aren’t exactly thrilled to see the Halo TV show disregard that aspect completely.

The first episode premiered yesterday on Paramount Plus and, unsurprisingly, footage of Chief without the helmet is already being shared online. If you want to see what he looks like the clip below reveals all, but if you know what actor Pablo Schreiber (George ‘Pornstache’ Mendez on Orange is the New Black) looks like you already know.

A quick glance at some of the responses to the clip on YouTube shows precisely why fans are so displeased, with some arguing that seeing his face is unnecessary and removes the mystique of the character.

‘The mystery of what the Master Chief looks like has always been a question long pondered by fans and should remain so, because it’s what makes him Master Chief,’ says one.

I don’t think they should ever show/shown Master Chief’s face, the excitement lies in the mystery of not knowing who is behind the helmet,’ explains another. ‘It doesn’t really matter what face we see whether it’s really satisfying or dissatisfying, eventually you’ll feel disappointed because the mystery is gone.’

Even some who don’t mind the face reveal feel it happened too early, with one saying ‘I think this scene would’ve made a lot more impact if they previously showed the machine side of Master Chief that the rebels feared. For me, the expositions didn’t really work. I would have believed that Spartans are cold killers if I actually saw them kill a human on screen.

‘That said, I think the removal of his helmet allowed Pablo Schreiber to perform really well in this episode. So I get why they needed to do it. Because otherwise they would be wasting the talent of the actor.’

In a recent interview with Polygon, Schreiber defended the decision, saying that it had to be done so Chief can be an actual character instead of an avatar for players to project themselves onto.

‘It was very important early on that the helmet comes off, you see the face, and you disassociate your version of who you believe the Chief was,’ he says.

‘Rather than being co-creator of the experience as you go along and believing that you’re Chief, we’re now inviting you to sit back on the couch and watch Chief start to discover elements of himself.’

Given we’re only one episode in, it’s possible fans will come around once more of the show has aired. Either that or they can simply ignore it since the show is its own canon anyway and has no bearing on any of the established lore from the games or books.

Unfortunately, for anyone in the UK, Paramount+ is still not available here. The service is now confirmed to arrive in the summer, as part of Sky Cinema, but until then fans eager to experience the show for themselves will need to be vigilant of spoilers.