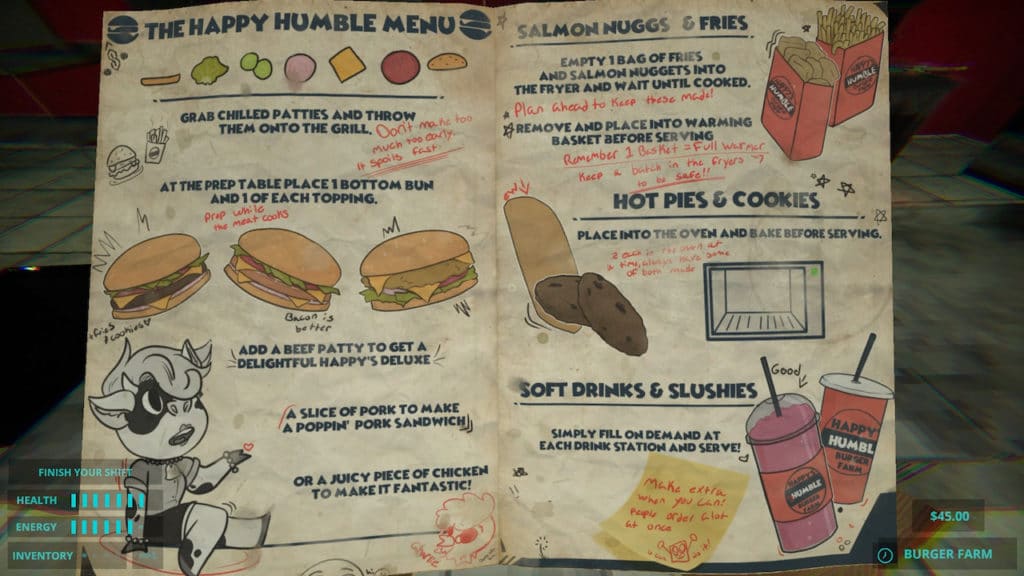 If you’ve ever worked for a fast-food chain, you’ve most likely seen horrors that your overweight patrons couldn’t fathom. Cholesterol be damned. The type of toll such work takes on the ones unlucky enough to find themselves manning the fry station at a Big Kahuna Burger or battering onion rings for Jack Rabbit Slims is nothing short of disturbing. Hell, I was only 15 when I was flippin’ dirty burgers, and nearly two decades have passed. Yet, I still can’t look at a grill without breaking down into tears. Naturally, I shook like a leaf when Happy’s Humble Burger Farm landed on my desk.

Scythe Dev Team – the makers of Happy’s Humble Burger Farm (HHBF) – must share my sentiment. HHBF is a wonderfully twisted homage to not only late 90s-era gaming but to all that know the nightmare that can be the service industry.

Taking HHBF at face value would make it easy to categorize it as a simple time/money management game. And that’s fair, given that the first hour or two does tend to feel directionless. The goal is to get to work every day, serve customers, take care of the restaurant, and make a bit of cash. Then, you sleep. But the real joy in HHBF is found when you start to stray from the beaten path, diving into its incredibly bizarre and deliciously frightening world.

Much of the intrigue in exploring comes from the brilliant level design. HHBF’s elementary graphical style took no time to grow on me. Instead, I found myself remarking early on that this was the PlayStation nostalgia trip I didn’t know I needed. By no means is this something only people that grew up with Sony’s original console will enjoy, though. Scythe Dev Team has struck a perfect balance between old and new, creating an accessible world in which anyone can become engrossed. Whether or not they’d want to stick around is a different story, however, as HHBF does a fantastic job at constantly hanging a cloud of uneasiness above the player’s head.

As I mentioned above, much of where you’ll spend your time in HHBF is the kitchen. Alongside your trusty co-worker (and best friend) Toe, it’s your job to open the restaurant, take orders, prepare food, clean, among several other things, during your shift. And it’s here when things start to unravel. With each passing day, disturbing events – one after another – will work to snap your psyche and force you to question what’s real and what’s imaginary. 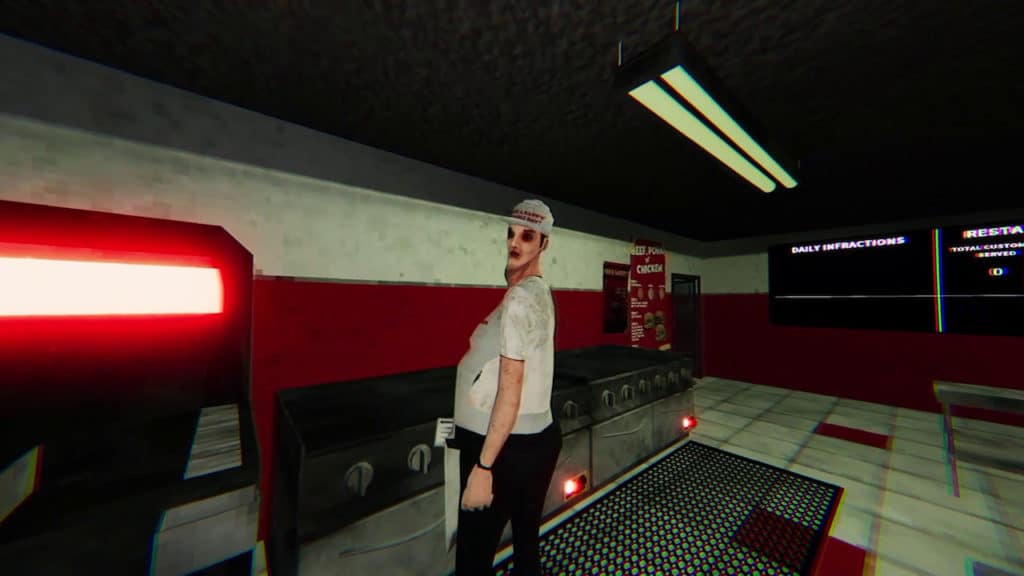 Equally as compelling are the eerie, ambient sounds that creep their way into your playthrough. As with any horror game, I couldn’t recommend playing HHBF with a set of headphones enough. I don’t think they’ll quite make or break the experience (unlike The Blair Witch Project, for example), but a good set of cans will improve the experience tenfold. And big props to the team in charge of the TV and radio station because they both go a long way in building HHBF’s atmosphere.

Stop to Smell the Roses

Though I thoroughly enjoyed HHBF, I understand that its formula may not cater to everyone. Strictly following the objectives will progress the story, but much of what makes HHBF unique comes from its ability to reward those who stop to smell the roses. I implore you, take your time, watch TV, go shopping, explore the city. Allow yourself to become absorbed in everything going on, not just a routine of work, sleep, work, sleep.

Another thing that sticks out is that HHBF isn’t as well optimized as I was expecting it to be. For a game that looks like it was pulled directly out of your dusty, basement-dwelling PlayStation, the load times and framerate leave a bit to be desired. There’s no reason Ratchet & Clank should be quicker to get into than HHBF. There’s no reason HHBF should stutter. But, here we are. Most concerning of all, though, is that once I felt I had my fill, the final hours ended up feeling like somewhat of a repetitive slog. 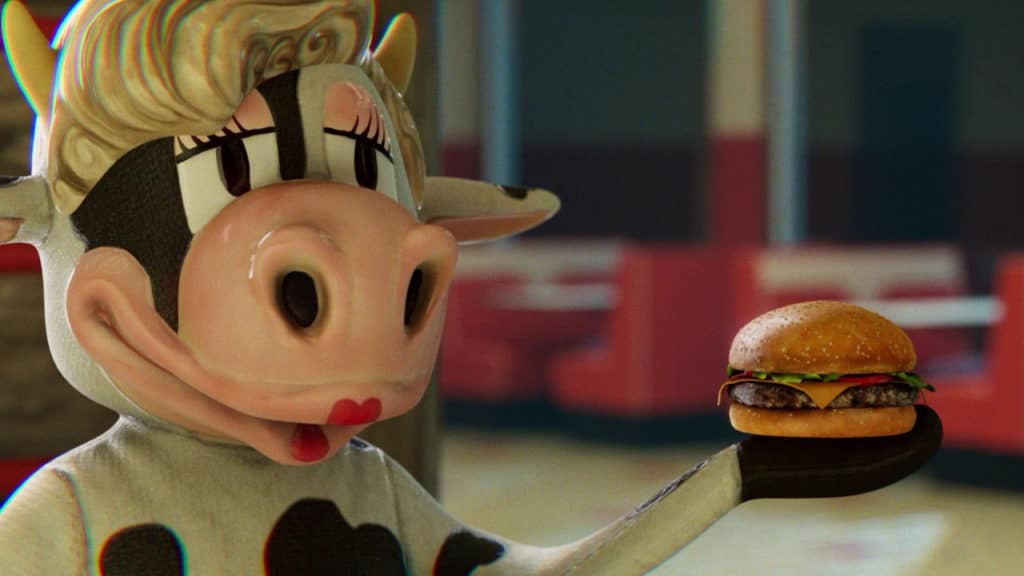 Still, even with its issues, HHBF never stopped being one of the most distinctive blasts from the past I’ve ever played.

I’m a big fan of Happy’s Humble Burger Farm. Its atmosphere, high-stakes management, and foreboding sense of doom come together in a perfectly palatable throwback that anyone can enjoy. Plus – without giving anything away – there’s plenty of room for a sequel that doesn’t necessarily need to be about a restaurant. If Scythe Dev Team wants to flip the switch on that, I’ll be there.

***PS5 code provided by the publisher***