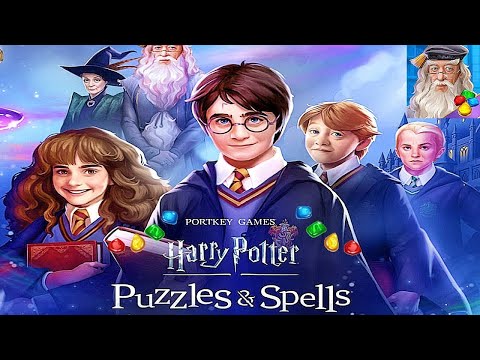 Fans of Harry Potter can’t ever seem to get enough of the franchise, always trying to find new ways to interact with the characters and setting that they love. Harry Potter: Puzzles & Spells has been an excellent outlet for them to do just that quickly becoming a hit.

Now for the game’s first anniversary, they’re running a seven-day celebration with in-game gifts, events, sweepstakes, and new content for everyone to enjoy. The theme is based on Dudley Dursley’s birthday where Harry first used his ability to speak parseltongue to quite the jaw-dropping effect against his bully of a cousin.

Alongside new mysterious boxes to match with pythons inside, there will be a House Pride Event and special in-game anniversary gifts. Plus, any fans that post their favorite memory of the game using the #PuzzlesAndSpellsAnniversary hashtag on Twitter, Facebook, or Instagram will be entered to be one of three to win an anniversary prize package, packed with in-game currency, items, power-up bundles, and more.

Zynga also released a special new trailer to highlight the occasion and all of the game’s features.

“We’re incredibly proud of the accolades and reception that Harry Potter: Puzzles & Spells has received, but we’re even more inspired and humbled by the players who have joined us on this journey,” said Yaron Leyvand, Executive Vice President, Games at Zynga in a press release. “We’re thrilled to celebrate this milestone with the fans, and look forward to opening the game’s next chapter, together.”

Anyone wanting to get in on the action can play Harry Potter: Puzzles & Spells on iOS, Android, Amazon Kindle, and Facebook.