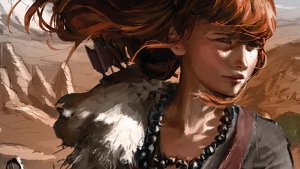 It’s the second Horizon Zero Dawn series to come from Titan, after the successful first run shifted more than 60,000 copies of its initial issue.

Liberation’s first issue launches on 14th July and is available to pre-order. Future issues then release in the run up to the franchise’s big sequel, Horizon Forbidden West, due at some point later this year.