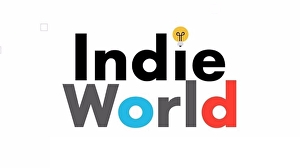 Nintendo has unleashed another of its indie-focussed showcases, firing out more announcements of games heading to Switch in the coming months. And in case you missed the livestream – or have an exceptionally short memory – here's everything it contained.

Aerial_Knight's Never Yield is parkour-infused 3D runner set in a eye-catching, futuristic Tokyo – and to a "dope-tastic" soundtrack by Detroit artist Danime-Sama – that's heading to Switch on 19th May, with an eShop demo right now.