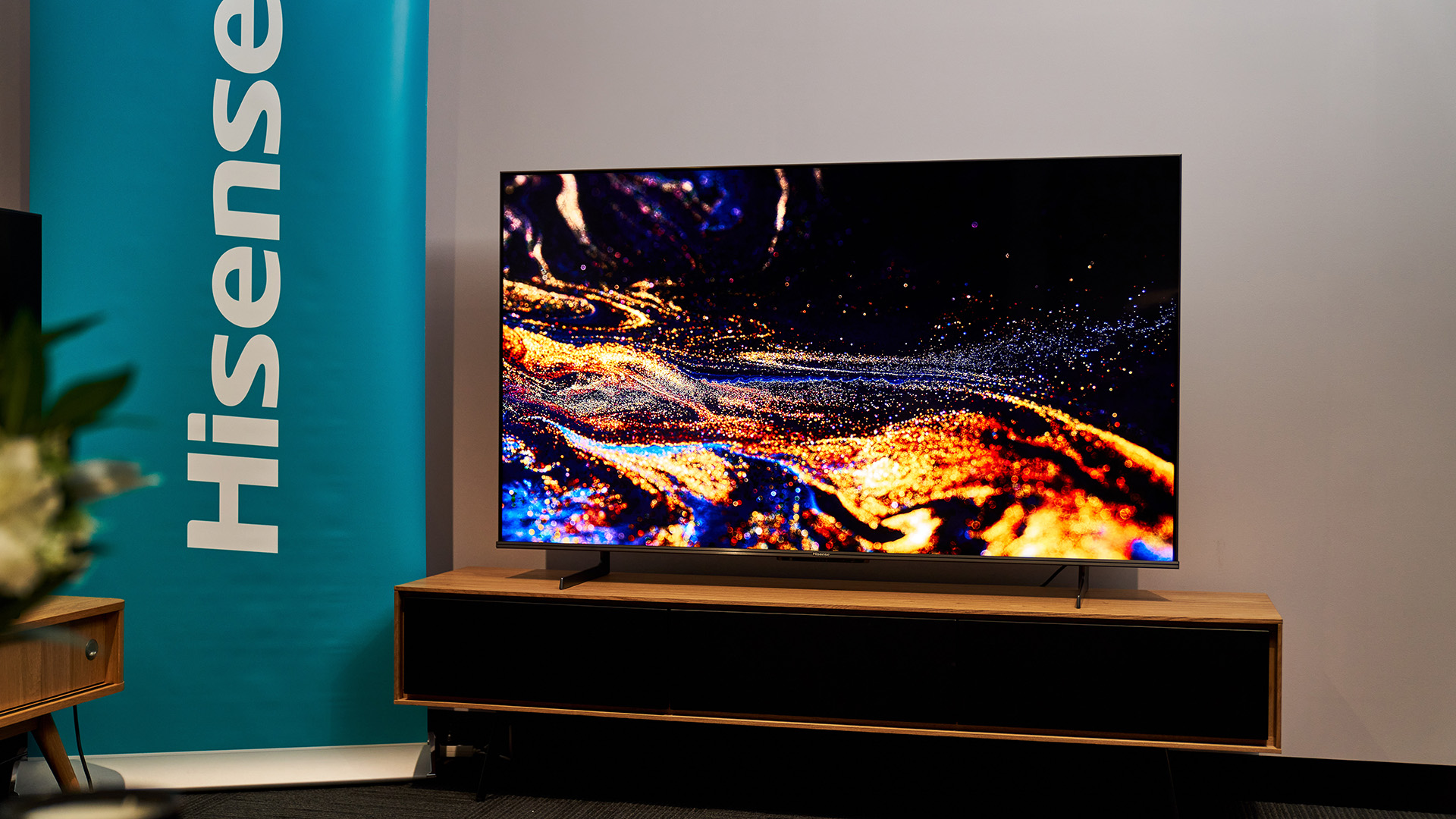 Hisense is anticipating that 2022 will be a huge year for its products, unveiling a laser-focused lineup at CES 2022 that includes an even larger L9G TriChroma Laser TV, new 4K and 8K Mini LED TVs and more – all of which will be reaching Australian shores in the near future.

Although Hisense is marketing the L9G Laser TV as a television, it is essentially a short-throw projector as there’s no actual panel. Instead, a separate unit sits below an included 120-inch screen and beams images directly to it. According to Hisense, the screen itself features ambient light rejection (ALR), which should help prevent images from being obscured by daylight.

In addition to the niche appeal of its its Laser TriChroma Laser Cinema lineup, Hisense is bringing an updated range of traditional ULED televisions to the Australian market in 2022.

Next up is the 4K U9H Mini LED TV, which aside from its resolution differs from the U80H in that it runs on the new and improved VIDAA U6 platform, offers support for Dolby Vision IQ and HDR10+ and built-in 2.1.2 Dolby Atmos capable speakers. Both TVs offer something Hisense has dubbed ‘Mini LED Pro’ contrast, which we assume is handled on the processor side of things.

Rounding out Hisense’s Mini LED TV lineup is the U8H, which seems nearly identical to the U9H, outside of its lack of support for ‘Mini LED Pro’ contrast enhancement. All three of Hisense’s 2022 Mini LED ULED TVs also boast HDMI 2.1 functionality (including ARR) IMAX Enhanced certification and Google Assistant functionality.

Finally, Hisense has one more ULED TV up its sleeve, albeit without the latest Mini LED backlighting tech. Instead, the U7H sports full array local dimming, a lower 100Hz smooth motion rate and lacks HDMI 2.1 functionality.

While all of the products discussed above have been confirmed for Australia, Hisense has yet to offer Australian pricing or availability information at this time. As always, we’ll let you know as soon as we find out more.