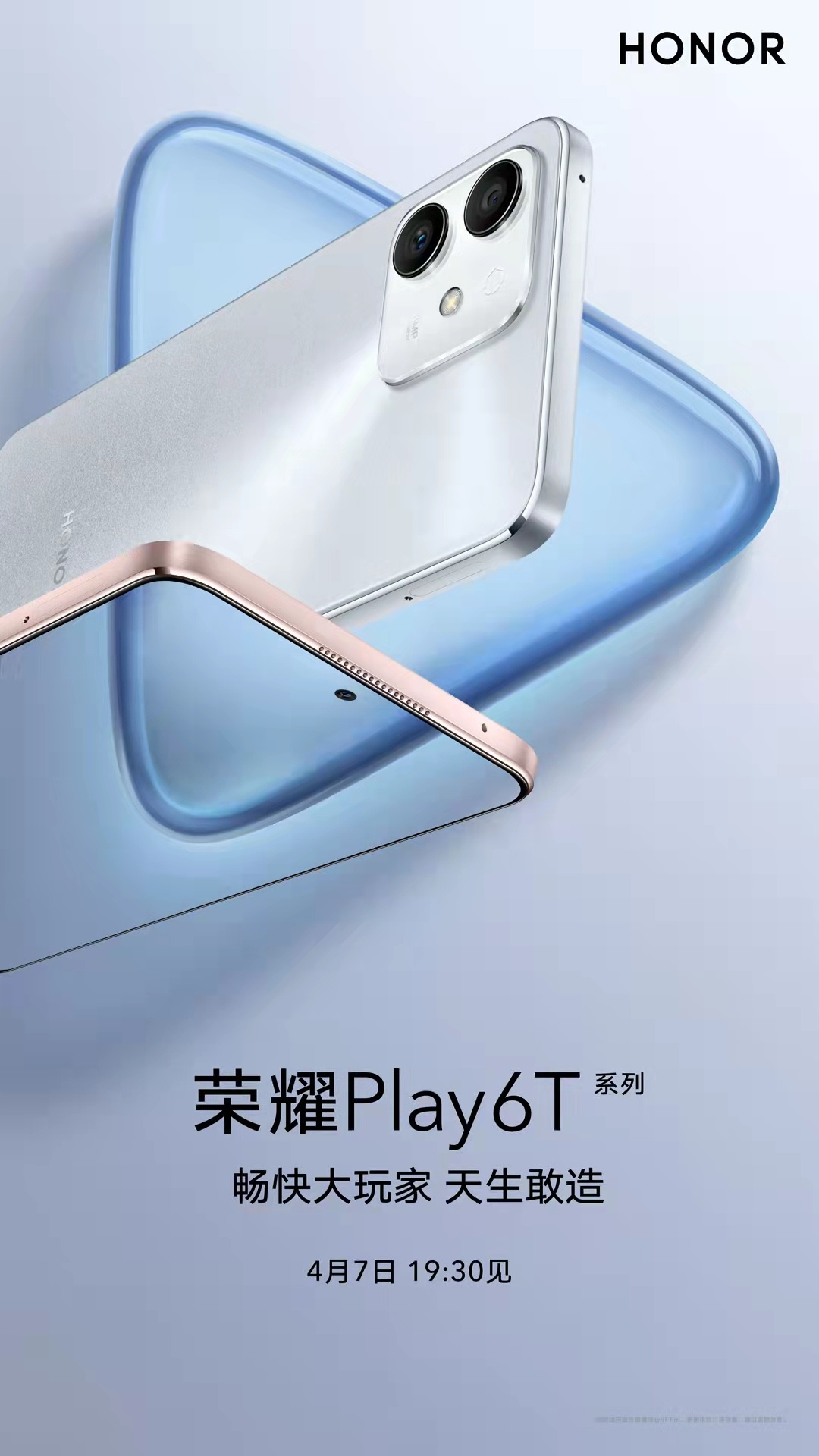 Today’s morning, Honor officials announced that Honor Play 6T will be released on April 7 at 7:30 PM in china. In addition to the launch date, the official also gave the machine’s appearance diagram.

The new machine has a super narrow bezel LCD screen and right-angle bezel treatment, and the overall look is very similar to the iPhone series. From the picture, there are pink and white two options, the white version of the phone’s rear shell also added a similar starlight powder decoration, looks quite fashionable.

The machine’s rear dual camera lens, the overall look, and the iPhone series are very similar, which is the main reason for the user crowd, the processor, it is rumored that it will be equipped with Snapdragon 778G, for the Honor Play series, has been considered a very good choice.