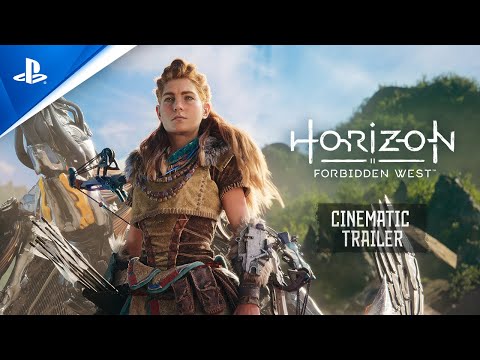 It’s been discovered that Horizon Forbidden West requires two discs to be installed, at least for the PlayStation 4.

It took until only earlier this month for Sony and Guerrilla Games to show how Horizon Forbidden West looks and runs on the PlayStation 4 after spending most of their time advertising the PlayStation 5 version.

Fortunately, it appears to be just as visually impressive on the older console, but one thing neither Sony nor Guerrilla Games mentioned was that the game is too big to store on one PS4 disc.

Twitter user Heisenreborn was somehow able to share a picture of the back of Horizon Forbidden West’s PS4 box, which reveals that the game requires 97GB of storage space and comes on two discs.

What this means is that PS4 users will need to use both discs to install the game. Once that’s done, you’ll only ever need one to play it. While this is pretty rare nowadays, this has been done before with the likes of Red Dead Redemption 2 and The Last Of Us 2.

The reason for this is because PS4 discs are only capable of storing approximately 50GB. Since PS5 discs can hold a maximum of 100GB, it’s safe to assume that the PS5 version of Horizon Forbidden West fits onto one disc.

The sequel to 2017’s Horizon Zero Dawn, Horizon Forbidden West once again puts you in control of Aloy as she hunts animalistic machines and explores a new frontier in her search for the source of a mysterious plague.

Another Horizon game has also been confirmed for the upcoming PlayStation VR2, titled Horizon Call Of The Mountain.

Co-developed by Firesprite, which has plenty of VR experience, it will feature an entirely new protagonist, but Aloy will make an appearance.

MORE : Sony is trying to hide that Horizon Forbidden West is cheaper on PS5 if you upgrade from PS4