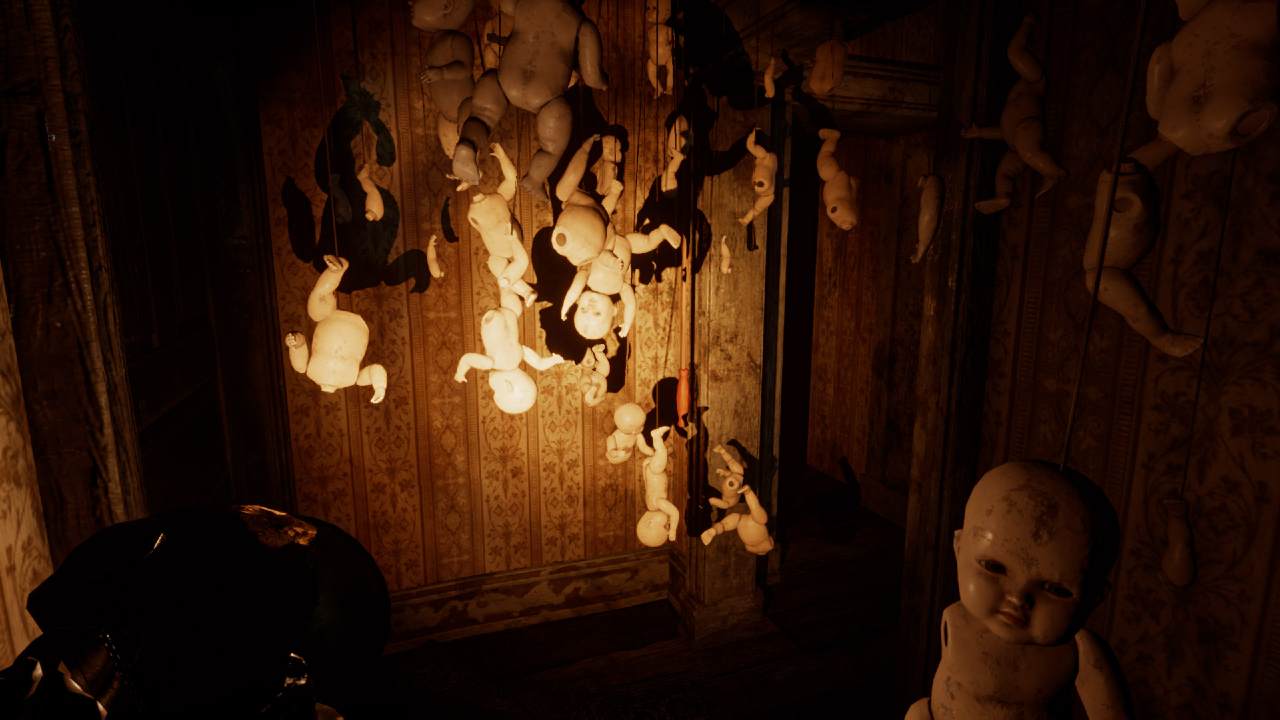 Today, Headup and Cracked Heads Games announced that their first-person horror title Silver Chains is coming to Xbox Series X|S just in time for halloween. The news came by way of a press release, which featured the following images that shows off what the game will look like on the next-gen consoles.

The press release also provides the following official description for the game:

Silver Chains is a first-person horror game with a strong emphasis on story and exploration. Search for clues within an old abandoned manor to unravel the truth about the terrible events which happened here.

After his car hit a tree in a stormy night, Peter wakes up in an old abandoned mansion, somewhere in England. He can´t remember why and how he got here, but soon he realizes that the house is not as abandoned as it seems. While trying to find a way out of the house, Peter has to uncover the dark secrets of what has happened in this place.

As he tries to find his way out, Peter discovers hints which indicate that he has already been here before. But by the time he’s starting to put the pieces of the puzzle together, something evil has picked up his trail… Solve puzzles to find out how you are connected to the mysteries of this place. But be careful: Something evil lurks in the cold, dark masonry and it has already started hunting you.

Silver Chains will be available on Xbox Series X|S on Oct. 20, 2021. For more information, head on over to Cracked Heads Games’ official website.

Below, we’ve also featured plenty of more horror-related content that’ll help get you in the mood for Halloween. That includes plenty of features, news, and quizzes for different movies, shows, and games throughout the genre.