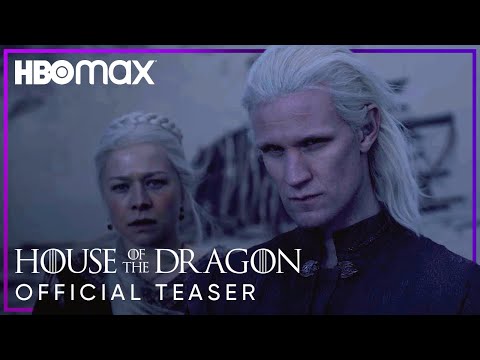 Game of Thrones fans have a lot to look forward to as the trailer for House of the Dragon just dropped promising a lot of the same things that made the HBO series such a hit, including more dragons than ever, fire and blood, plus plenty of scheming and backstabbing.

As it has been disclosed, House of the Dragon is set 200 years before the events in the main Game of Thrones story, based mostly on the Fire & Blood novel that George R.R. Martin published in 2018 when his books and the series were at the apex of their popularity. Thus, House of the Dragon chronicles the events that led to the “Dance of Dragons”, during which House Targaryen became divided before falling into an all-out war between them that saw the mythical dragons almost go extinct.

Suffice to say the trailer looks just like something taken from Game of Thrones, only now focused fully on the blonde Targaryens, especially Daemon (Matt Smith) and Rhaenyra (Emma D’Arcy), with the princess even seen in her younger days and the former acting as narrator. Speaking of which, Daemon clearly reminds everyone that “Dreams didn’t make us kings. Dragons did.”, so even if they’re nowhere to be seen in this teaser, expect them right from the get-go as Martin has made clear they have around 17 fire-breathing Targaryen weapons of mass destruction lined up for the show’s 2022 release.

The only dragon seen here is likely the skull of Balerion, who belonged to Aegon the Conqueror, though that’s only one of many easter eggs and references to the larger world of Game of Thrones because there’s also confirmation that house Stark, Bolton, and Tarly take part in the jousting tournament that’s briefly shown here. One of the most striking appearances is Corlys Velaryon (Steve Toussaint) alongside other members of his house, as well as brief shots of several Game of Thrones props like Otto Hightower’s Hand of the King pin or the famed Catspaw dagger.

Also impossible to miss is the larger Iron Throne which some fans might feel is still way off the massive structure described in A Song of Ice and Fire, so this is likely just a reworked version of the original prop used over the past decade. Regardless of that, House of the Dragon’s main challenge will be to win back the hearts of the many Game of Thrones fans that were left disappointed by the series finale, especially because of the decisions surrounding one Daenerys Targaryen.

From this early trailer, it appears that House of the Dragon absolutely nails the aesthetics that made Game of Thrones the definitive fantasy series for so long, the only question is then whether the writing can do the same, especially considering the source material is not viewed as Martin’s finest work in many circles.

House of the Dragon will release in 2022.