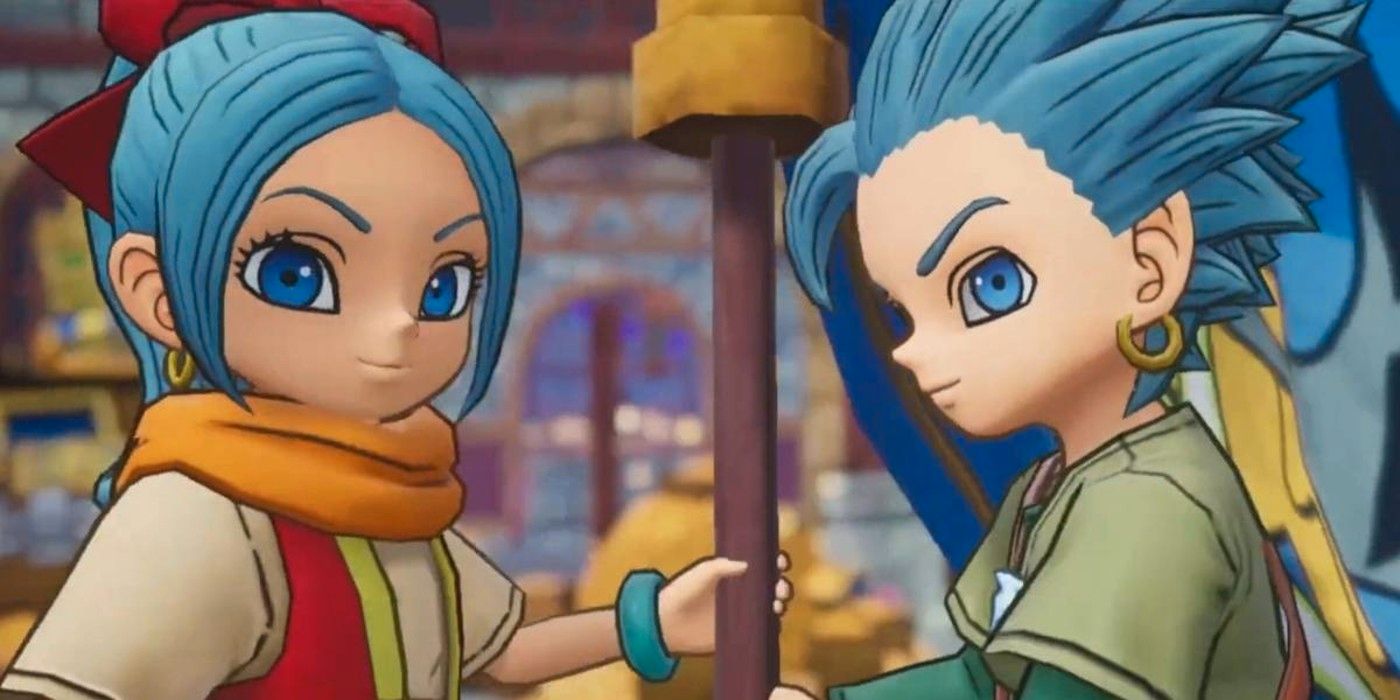 Dragon Quest Treasures is an upcoming spin-off of Dragon Quest XI, starring Erik and his sister Mia, which takes place years before the events of the main game. Footage was shown during Dragon Quest‘s 35th Anniversary livestream, but most of the plot details are still under wraps. However, as with previous spin-off titles, it’s entirely possible that DQ Treasures will have connections to other entries in the series.

The history behind Dragon Quest Treasures has been somewhat strange. Originally, the game was planned as the next entry in its long-running Dragon Quest Monsters spin-off series. After some development issues, the game changed directions to become a new kind of spin-off, in which a younger Erik and Mia go around hunting for treasure chests. Currently, a release date and the platforms it’s releasing on are unknown.

Beyond the obvious connections to Dragon Quest 11, which include Erik and Mia as characters, it’s likely at least a portion of the main story will take place in DQ11‘s world of Erdrea. It’s also entirely likely the Vikings, whom Erik and Mia lived with when they were younger, will also appear. However, Dragon Quest Treasures seems to mostly take place in its own unique world outside of Erdrea, similar to how the first Dragon Quest Monsters starred DQ6′s Terry but took place outside of that game’s world, opening up all kinds of possibilities for encounters with characters and enemies from other Dragon Quest games.

Visting the worlds of other Dragon Quest games and meeting up with popular characters from the past is nothing new to Dragon Quest 11. Tickington and the Altar of Ages sent players through moments in every previous mainline entry, allowing them to interact with fan-favorites like Alena from Dragon Quest 4 and visit iconic locations like Chateau Felix from Dragon Quest 8. It’s entirely possible the plot of Treasures will work in a similar fashion, allowing Mia and Erik to travel to distant DQ worlds.

Popular characters and locations have a way of reappearing in Dragon Quest spin-offs, so it’s highly likely past games will at least loosely connect to Treasures in this way. And since the game is a prequel to DQ11, fans will probably run into a few characters and villains from that game as well. Hopefully, more info will be shared about Dragon Quest Treasures when Square Enix appears at the Tokyo Game Show 2021 next month.

Next: The Nintendo Switch Is Perfect For A Dragon Quest Swords Sequel