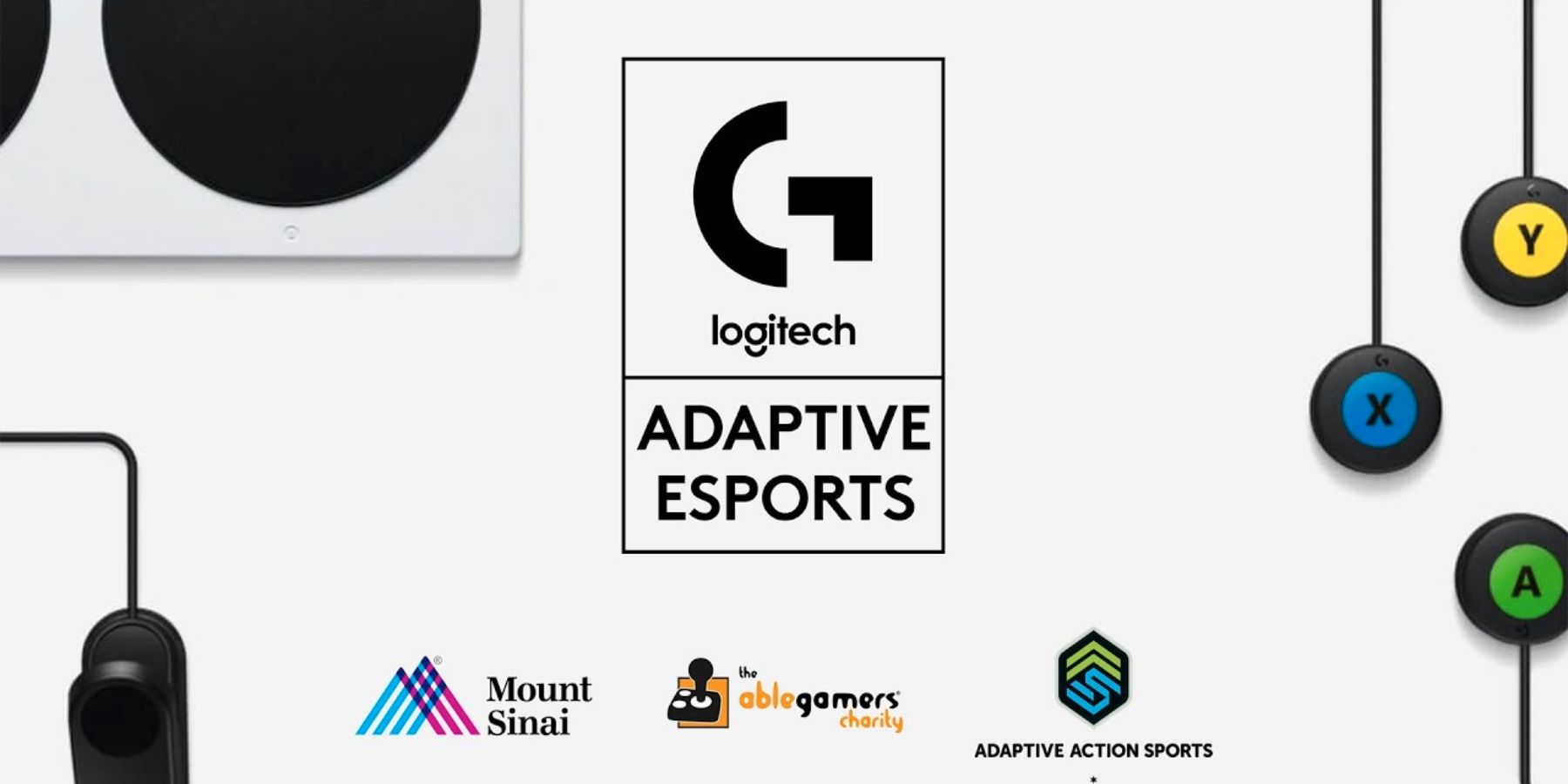 Last weekend, Logitech G held the Adaptive Esports Tournament in partnership with the AbleGamers Charity, Adaptive Action Sports, and the Mount Sinai Health System, aiming “to provide adaptive esports players a platform to compete and show off their skills.” The first game showcased in Logitech G’s tournament is Rocket League.

While this is Logitech G’s first public Adaptive Esports Tournament, the company and its partners held a private tournament last year that received a positive reception from the community. In an interview with Game Rant, AbleGamers’ COO Steven Spohn talked about how the event came to be, and why Logitech G and its partners decided to create a tournament designed with gamers with disabilities in mind to begin with.

How Logitech G’s Adaptive Esports Tournament Came To Be

Spohn said the creation of the Adaptive Esports Tournament began when he and Logitech vice president Ujesh Desai started talking about why there isn’t a big esports event catering to gamers with disabilities.

“We have the Paralympics, and we have the special Olympics. We have every kind of event in the world of sports that has a tier for people with disabilities to compete and see who’s the best of the best.”

With this idea in mind, Logitech G and AbleGamers brought in other partners to discuss whether the event could be done, and if the community wants it. One of the challenges that people faced during the conceptualization of the event is how they would make it different compared to those who have tried it before. Spohn said esports tournaments for players with disabilities do exist, but Logitech G’s Adaptive Esports Tournament is the first to attempt to make it a big event.

Providing a Platform for Gamers with Disabilities

According to Spohn, people with disabilities always say the same thing: “We want a chance to shine.” He said the video game industry often has a misconception that people with disabilities want special treatment, especially when talking about controversies surrounding accessibility in games, such as whether having accessibility options ruins the developer’s intentions. However, Spohn said no one with a disability goes into a tournament expecting to be heralded as the winner from the get-go.

“There’s not one disabled person out there who plays games and is like, ‘I want to walk into a tournament and be given the winner’s pot.’ No, they want to earn it. We all do. We all want to feel like we’re good at what we do as a hobby, or even if we’re tying to be professional esports superstars.”

What Logitech G and its partners are trying to achieve with the Adaptive Esports Tournament is to provide a safe and inclusive environment for people with disabilities to showcase their skills. Most of all, Spohn highlights how he wanted the event to provide a space to form a community. Spohn described video games as a connector, like going to a local fitness club or bar to meet other people and create lasting friendships.

Additionally, the Adaptive Esports Tournament aims to set an example for other organizations that are planning to follow in its footsteps. Spohn said one of the event’s goals is to show that something designed for people with disabilities can be done, and allow people to form communities from shared experiences. Spohn went on to say the esports scene and some games are mired with rules and regulations on what assistive technologies are allowed, and what may be considered a “fair and equal” playing field.

Spohn believes incorporating assistive technologies in esports tournaments is something that should be considered by huge organizations such as Evo. Spohn agreed these organizations must keep cheaters out so the competition is fair for all participants. However, he believes there should be allowances for people who need technological assistance not to be better than the completion, but to be equal. Spohn said the esports community tends to overlook accessibility technology. Although the industry has come a long way in supporting gamers with disabilities, there is still work to be done – especially in esports. The Logitech G Adaptive Esports Tournament aims to bridge that divide.