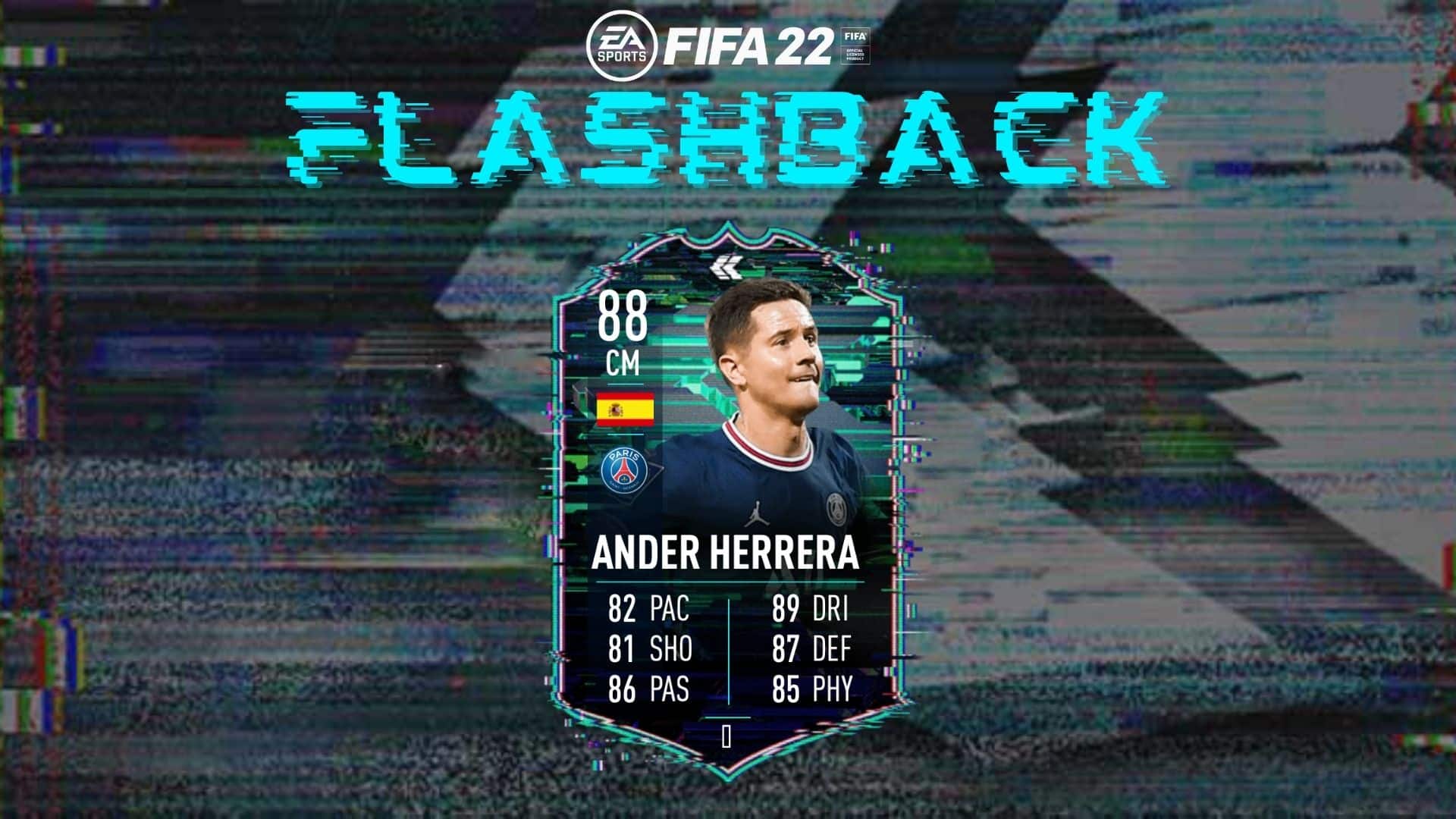 Ander Herrera has been a reliable and serviceable player for Zaragoza, Athletic Bilbao, Manchester United, and Paris Saint-Germain throughout his career. However, his prime was during his years as a Red Devil.

Ander Herrera’s Flashback SBC card is a step up from his standard one.

FIFA 22 Flashback SBCs are often relatively straightforward challenges to complete, and this one isn’t any different. You only need to submit two squads to unlock Ander Herrera’s Flashback SBC card in FIFA 22.

Here’s a list of all the requirements followed by the cheapest solutions:

Ander Herrera’s Flashback SBC card is an excellent value pick-up for a card with such impressive stats. It will only set you back 138,000 FUT Coins on PlayStation, 135,000 on Xbox, and 150,000 on PC/Origin. These prices can fluctuate, though.

The card is also only available until April 23. So, you’ll have less than a week to snap it up. However, considering the requirements are a breeze, you shouldn’t have any problems getting it done on time!