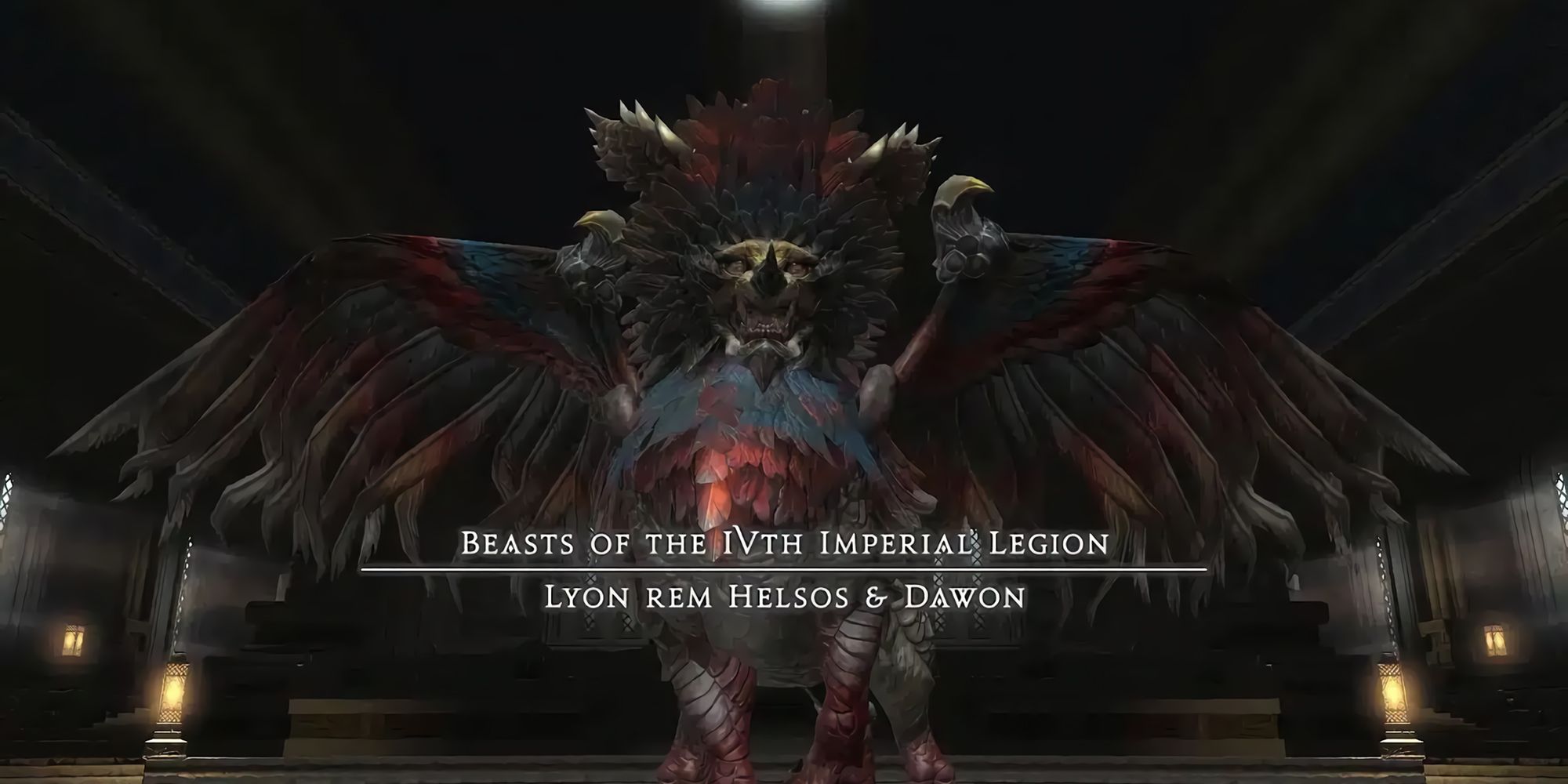 Related: Final Fantasy 14: How To Beat The Queen’s Guard In Delubrum Reginae

Similar to the first encounter of this dungeon, a group of people will need to split off from the rest of the group to fight Lyon. Before that, everyone will fight against Dawon together. Let’s go over each boss’ attacks and mechanics, and how you can avoid them.

As Dawon reaches roughly 50 percent health, Lyon will challenge you to a duel. Only eight players can enter this separate arena, where they will fight Lyon on their own. We recommend deciding who will fight Lyon before the fight with Dawon begins. Try to assemble a team of one tank, two healers, and five DPS Jobs that will challenge Lyon.

This party’s objective is to bring Lyon down to 50 percent health within a certain time limit. If they fail to do so, Lyon will buff Dawon and the summoned minions, who will each do massive amounts of damage to you and your party members, effectively wiping the raid.

Below are each of Lyon’s attacks and mechanics.

After Lyon is defeated, the separated party will once again join the fight against Dawon. No new mechanics are introduced at this point, so continue as usual to ultimately bring down Dawon and complete Castrum Lacus Litore.

You will receive one Personal Spoils chest after defeating Dawon, which will contain the following items.

Chance to receive the following: