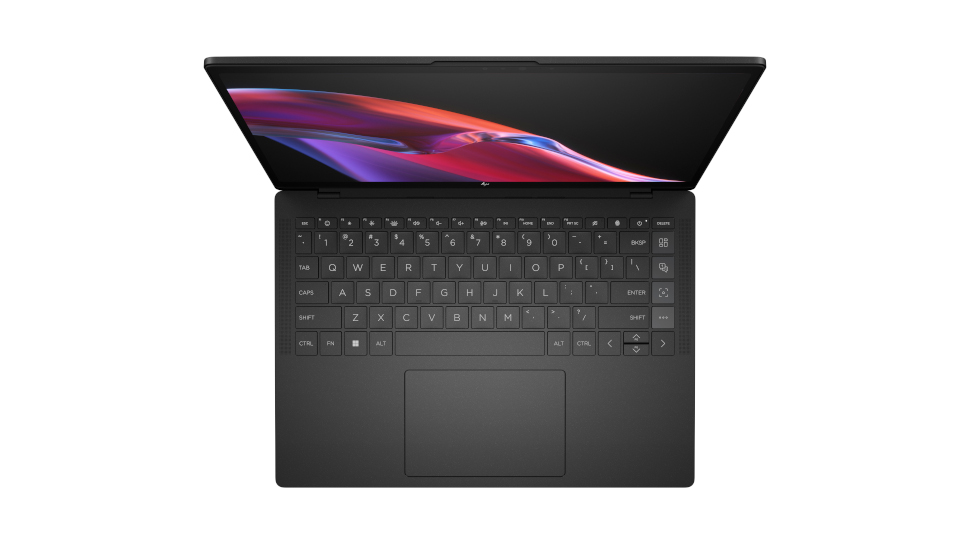 HP has announced its CES 2023 lineup with a focus around hybrid working.

Leading the way are the new HP Dragonfly laptops, with the top of the range Dragonfly Pro model being marketed at freelancers in particular. Other products include a new pair of wireless headphones, the Poly Voyager Free 60 Series, as well as a new range of monitors in sizes from 21.5in to 44.5in, including 4K and ultrawide models.

There is also a new emphasis from HP on producing greener products by using unconventional organic materials, from coffee grounds to cooking oil.

On the (Dragon) fly

The new HP Dragonfly Pro is being heralded by the company as a machine built for multitasking and heavy workloads, which it claims is especially important for those who work freelance and may adopt hybrid working routines.

> CES 2023: what to expect from the world’s largest electronics expo
> CES 2023 and car tech: Separating the hype from reality
> The best smart home tech of CES 2023: fresh ideas from Samsung, LG and more

Other features of the range include a camera, touchscreen control, a reputed all-day battery life, and integrated 24/7 live support with the single press of a hot key.

Other hotkeys include one to access the camera settings, another to access device settings, and a fourth that can be customized by the user.

Alongside the Windows models is the HP Dragonfly Pro Chromebook, which also features an 8MP camera and touchscreen operation.

Of particular interest to hybrid workers is the HP Presence software integrated with the Dragonfly Pro, which the company claims enhances audio and video, all important when video conferencing.

Features of the software include the Multi-Camera Experience, which supports two camera streams on a single device simultaneously, so you can show your face and your whiteboard either side-by-side or picture-in-picture, which HP claims is a world first for commercial PCs.

HP Presence also uses face tracking technology in its Auto Camera Select feature that can recognize which camera is being used on the face for the audience to keep focus. HP Keystone Correction can crop and flatten images, useful when sharing a whiteboard or a physical document, and HP Be Right Back lets you change your feed to still image if you go away for a moment on a call.

Smart features of the Dragonfly Pro laptops include Intelligent Hibernate, which will automatically hibernate at certain times, based on your patterns of usage. It can also learn when you will be using your laptop the next day, and shift to a modern standby mode in time for you to be able to instantly get back to work.

Another is Smart Sense, which uses AI to learn your usage habits and optimize thermal performance accordingly, resulting in a quieter and cooler experience.

In talking up its green credentials, HP Claims the newest Dragonfly laptops contain 90% recycled magnesium, 5% ocean plastics and even bio-circular content such as cooking oil. The HP 14 inch Laptop PC – Eco Edition goes further, featuring up to a quarter of its composition made from recycled plastics, and the HP 24 and 27 inch All-In-One PCs feature coffee grounds which are used as flecks in the finish.

Moving onto other products, there are the HP E-Series G5 Monitors, which range from 21.5 to 44.5 and include 4k models, including what the company claims is the world’s first 45in super ultrawide dual QHD curved monitor, the HP E45c G5. The HP M24h and M27h FHD Monitors also have improved ergonomics and come with comfort setup software.

Then there are the Poly Voyager Free 60 Series of wireless earbuds. These have a five hour talk time (with an additional 10 hours courtesy of the included charging case), adaptive active noise cancelling, and a smart charging case for the 60+ model that has touchscreen controls for volume and a 3.5mm audio jack to connect to many standard audio devices, such as in-flight systems. The Poly Lens Mobile App also lets users customize their device and IT teams can receive and manage insights.