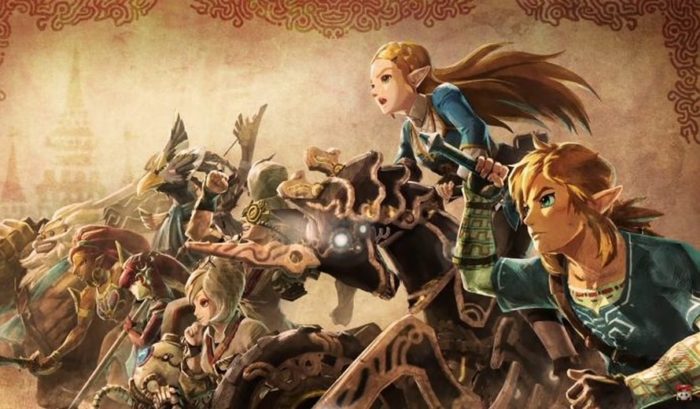 In For a Pulse, In For a Guardian

Hyrule Warriors: Age of Calamity has just released its second wave of DLC titled Guardian of Remembrance. It is unclear if there will be more waves at a later point, but let’s be honest, fans would rather just have Breath of the Wild 2.

The DLC for Age of Calamity was announced earlier this year; the first wave came out in June and now the second wave is out, pretty much on schedule, which is a rare thing for games nowadays.

The weird thing about these two waves of DLC is that there is no option to purchase them separately. If you want it, you’ve got to commit to it, m’kay? Getting both DLC packs costs about $20, which come with new characters, additional story, weapons, and locations. If you played Pulse of the Ancients, you will have the additional character Battle-Tested Guardian, the new weapons for Link and Zelda, and the option to play more challenges in the Royal Ancients Lab.

In Guardian of Remembrance, you get two new characters. Or three, depending on how you look at it. The first character is a team of Purah and Robbie, which operate as a single unit, and Sooga, Master Kohga’s right hand. All these characters appear in the base game. Players will also get to battle in the Coliseum and Lanayru Road, and take part in new story missions, such as battling for Kakariko and Gaponga.

The DLC also adds some new actions for existing characters, so you can still have fun with your favorites. Hyrule Warriors: Age of Calamity is out now exclusively on Nintendo Switch.

Did you buy the Expansion Pass for both DLC packs? Let us know in the comments below.