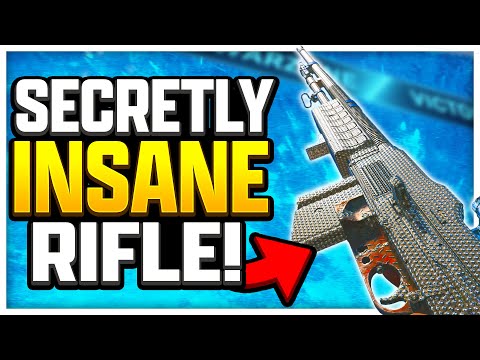 Warzone Pacific Season 2 has flipped the meta on its head and pro IceManIsaac has revealed a new BAR loadout that has gone under the radar, but is actually better than the Automaton.

When Season 2 released on Valentine’s Day, it nerfed the likes of the MP-40 and Bren, which had dominated the meta.

While the original changes weren’t enough to the Bren and a stealth buff made it better, the LMG has since been weakened into the void.

This has left room for the likes of the Automaton and Cooper Carbine to come back into the meta. However, IceManIsaac has his eyes set on an underrated Vanguard assault rifle.

If you’re just looking for Isaac’s setup we have posted the list of his attachment’s down below.

In this loadout, he utilizes the Recoil Booster, M1941 Hand Stop, and Hardscope as explained in his YouTube video, making this gun a “no recoil, melting” BAR.

From his gameplay you can see exactly what Isaac is talking about with this build having no recoil. Even though the weapon has extreme kick to it, his aim still comes back to the center of the screen before firing the next bullet, thus creating no recoil.

When comparing to the Automaton, the Warzone star believes that this outclasses the gun in range and damage. Right now the BAR sits fifth out of nine Vanguard ARs in pick rate.

However, Isaac believes that other players will start to catch on quickly and start to abuse this loadout in upcoming tournaments.