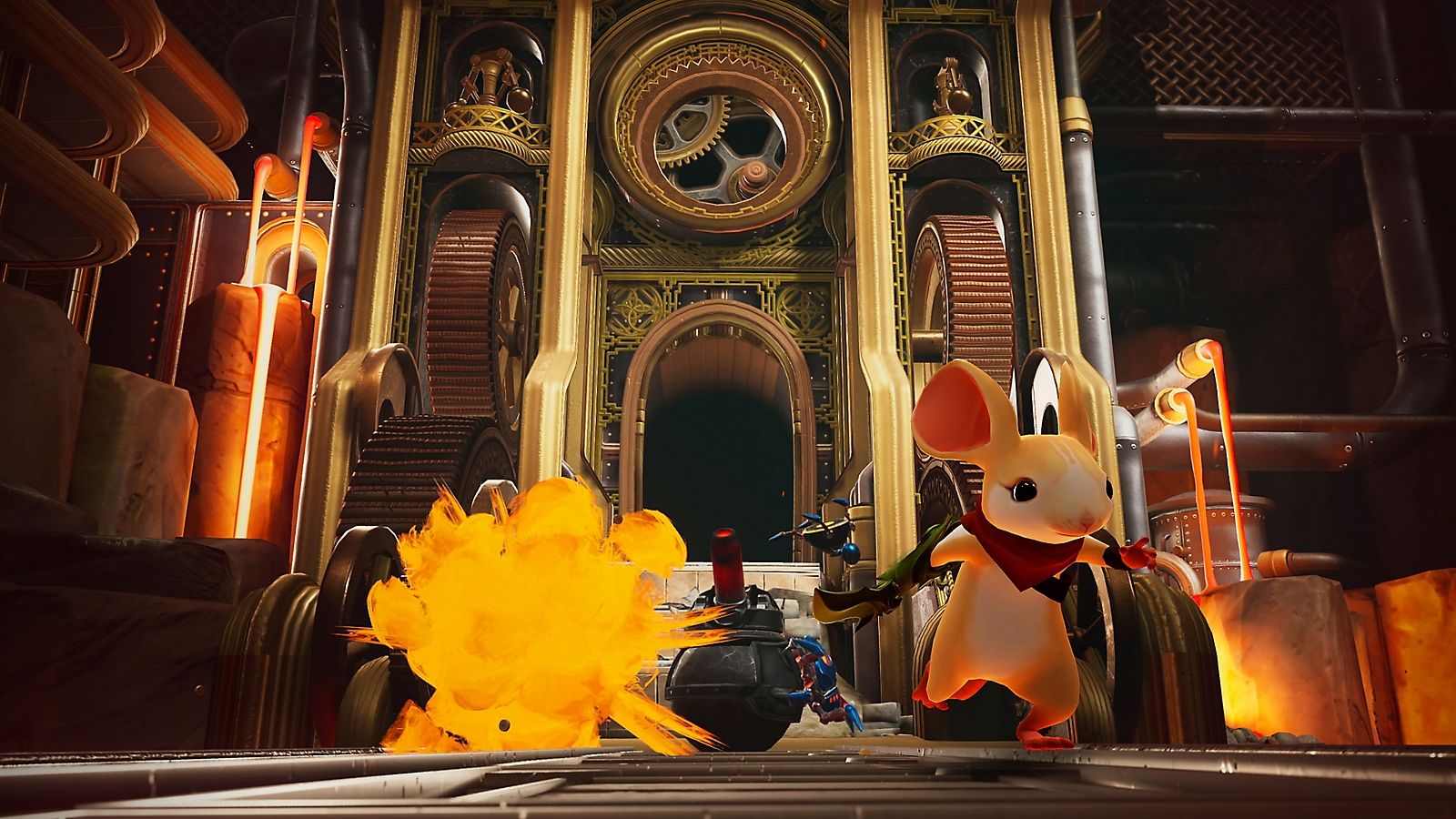 A reader explains why he enjoyed VR game Moss: Book 2 so much and how it’s a welcome relief from other big budget sequels.

What a joy Moss: Book 2 is. Yes, on paper it’s a textbook sequel. The first one again, only more so – more to see, more to do, more ways to interact with things, plenty more fun puzzles to solve. Yet there are enough new elements in the mix, and it’s all done so well, I just can’t fault it. I even liked the way the story developed, showing you more of the world and giving you a broader sense of who the real adversaries in this universe are.

A major factor in how I feel about the game is Quill herself. She’s such a charismatic and engaging protagonist, helped in no small part by the pitch perfect sound design and her utterly charming animation. I thought the plucky little mouse was lovely the first time around, but she’s somehow managed to become more adorable since. Her little reactions to things are always heart warming to witness. I think she might genuinely be one of my all-time favourite game characters now.

Although you get to spend less time with her, little Sahima is no less well drawn, and the difference in the two creatures’ respective attitudes and personalities is expressed so well by their contrasting behaviour. Even the villainous Forged adversaries are a delightful blend of screeching menace and cold, mechanical malevolence.

The wonderful fantasy world they all inhabit is no less beautifully realised. Every single gorgeous diorama is dripping with detail and flourishes of colour and life that really help draw you in to the sumptuous animal kingdom, clearly built upon the remnants of some long-lost, medieval human-like civilisation.

Each scene, every environment, is radiant and richly atmospheric. I kept wanting to climb into the place myself. There’s also a commendable amount of squirrel representation in the many majestic statues and glorious paintings dotted throughout some of the levels (which, as a huge squirrel fan, is something I’m all in favour of).

One thing I found most surprising about the game was the size of the team that made it. It’s got one of the shortest credit sequences of any I’ve played in as long as I can remember. I fully appreciate it’s not got the most complex underlying gameplay mechanics out there. However, given the size of developer Polyarc’s studio and their seemingly modest budgets, there being only a four-year gap between the original and its much longer sequel is very impressive – especially as they made a reasonably-sized chunk of DLC in-between.

I guess when you look at who the studio was formed by (ex-Bungie and Rockstar folks with Ian Livingstone’s involvement, no less) it’s understandable. It’s still great to see what can be done by good, and in this case experienced, people when they’re not crushed by unrealistic time constraints, or beholden to the kind of monolithic, bureaucratic corporate structure that seems to stifle and snarl up the bigger-name AAA studios.

It’s also a fantastic advert for keeping things simple and taking the time to do them well, in the face of the increasingly prevalent trend of bloated, overstuffed games that try to do it all, year in, year out, then constantly crumble under their own ambition.

Whilst the story would probably have to change focus to some extent, I’d love to see a Moss: Book 3, exploring the implications of that end scene in the library. To be honest, I’m now just interested to see more from Polyarc, as it’s a real joy to experience games that feel like they’ve been made with genuine love and care by such a clearly talented team.

The game has also gone a long way to shaking me out of my ongoing gaming paralysis. Admittedly, I don’t really have anything in a similar vein waiting in my backlog to follow it with, but as a final post-Bloodborne palate cleanser, after my recent revisits to Flower and Journey, it’s really done the trick. Who knows, I might even throw myself back into Cyberpunk 2077 and attempt to get lost in the dense web of side quests, skill trees, and overly choice-riddled labyrinth of Night City again…

Hopefully, whatever I pick next, by the time I’ve finished ploughing my way through one or two of the big AAAs on my ‘to play’ pile, Tunic will be available on Switch or PlayStation. If not, I’ve now got more than half an eye on Death’s Door and the bizarre, squirrel-observational mystery experience of Nuts as potential alternatives.

Apparently, I genuinely do have a soft spot for games with animal protagonists.

MORE : Among Us VR revealed but there’ll never be an Among Us 2