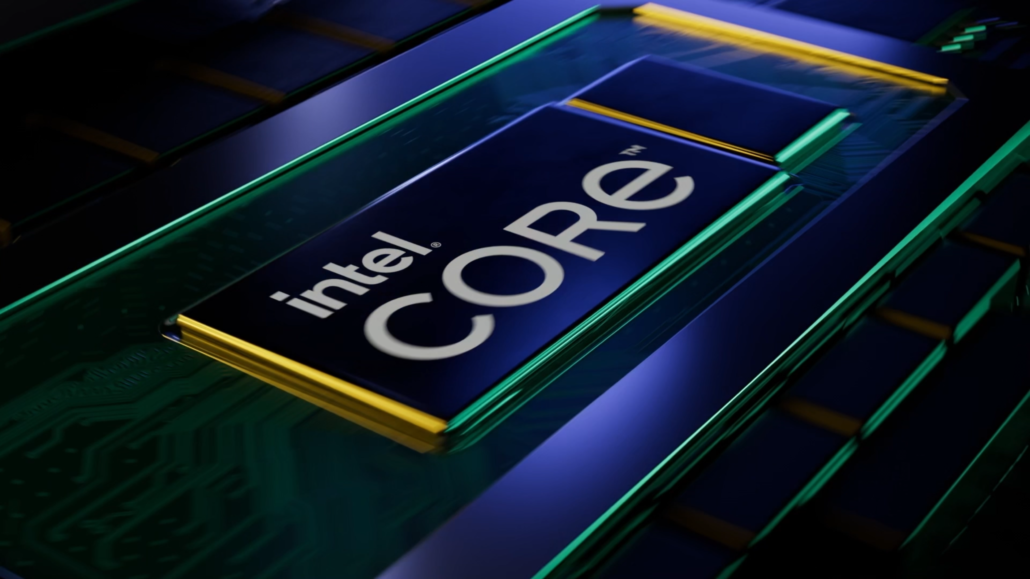 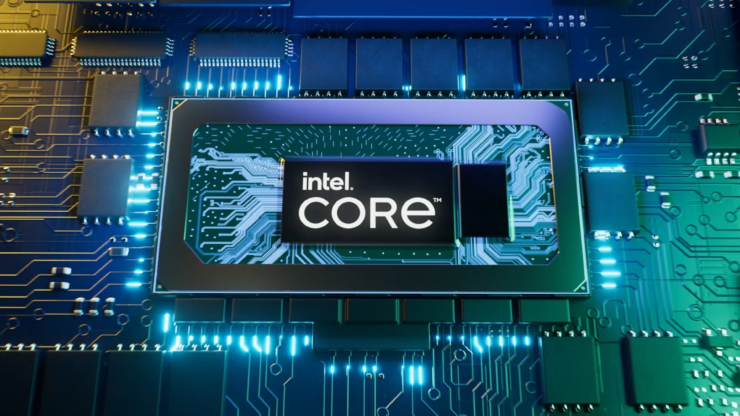 Well, it will definitely blow away Zen 3 and Zen 3+ if it doesn’t blow itself up first and that’s what we are going to talk about. So Lab501 got access to an Intel Alder Lake laptop sample featuring the top Core i9-12900HK CPU. The CPU was unveiled at CES 2022 and aims to be the fastest product made by the blue team for the notebook segment.

The Intel Alder Lake H series processors feature the Core i9-12900HK as the flagship CPU, offering up to 14 cores, 24 MB of L3 cache, and a clock frequency of 5 GHz. The lineup is also going to be up to 40% faster than the previous generation, offering a big boost to content creators and gamers alike. In a Core i9-12900HK performance slide, the CPU can be seen beating both the Apple M1 Max and Ryzen 9 5900HX by offering much higher performance at the same wattage. It really shows that Alder Lake is going to give AMD and Apple a beating in the overall efficiency game and further extend the performance with a max turbo power of up to 115W.

As for overall performance, the Intel Core i9-12900HK is up to 28% faster in gaming and up to 44% faster in content creation versus the Core i9-11980HK and also easily beats the Ryzen 9 5900HX & Apple’s M1 Max / Pro chips. There are tons of options to select from too as these chips will power enthusiast-grade laptop designs.

While Intel has its own official benchmarks, the ones published by Lab501 show a variety of synthetic performance numbers including Cinebench, Blender, Winrar & PCMark 8. The Core i9-12900HK ends up being up to 29% faster than the AMD Ryzen 9 5900HX which shares identical specifications as their flagship 5980HX. The site also found out that the 14 core Alder Lake-H CPU for notebooks is faster than the 16 core AMD Ryzen Threadripper 1950X. We are comparing a 115 Watt notebook CPU to a 180W HEDT processor and it looks like Intel’s high-end notebooks are now about as fast as the first-generation Threadripper lineup from AMD.

Thankfully, Lab501 also has some power and thermal numbers of two AMD Ryzen 9 5900HX APU laptops that we can compare these against. First is an ASUS ROG STRIX SCAR 17 (G733QS) laptop which has a peak temperature rating of 94C and an average temperature rating of 70C. The laptop had a max power consumption of 65W and averaged at around 30W. 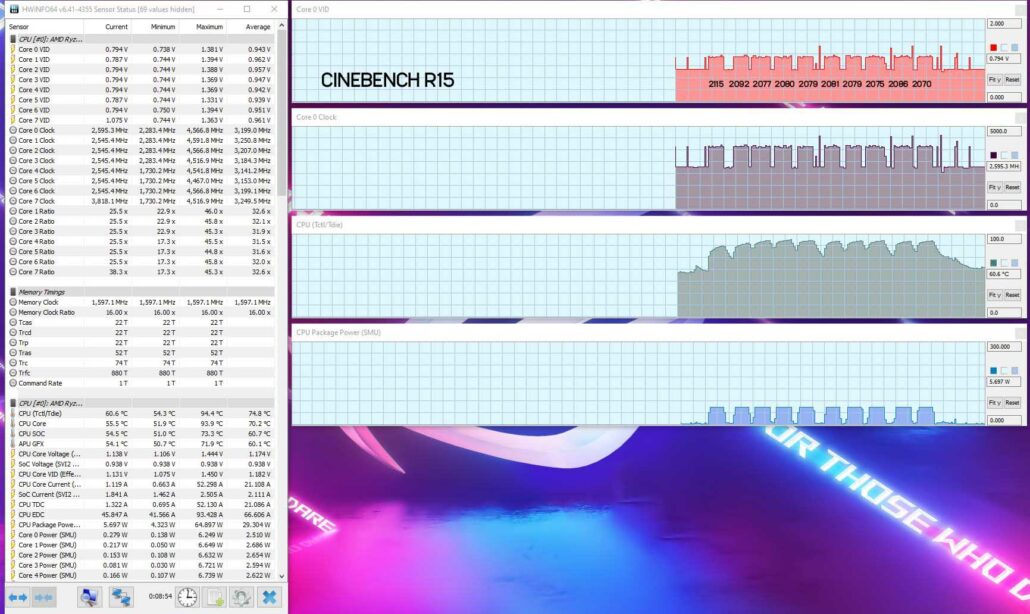 The second laptop is a Lenovo Legion 7 (16ACHG6) which has a peak temperature rating of 88C and averaged at around 69C. The power rating is however higher than the ASUS variant with an average of 86W peak package power and 45W on average. The Intel Alder Lake Core i9-12900HK laptop comes twice the power as the first Ryzen 9 5900HX configuration and 45% higher power compared to the second variant. While the Alder Lake CPU has higher max temperatures, the average temps are around the same levels as the Ryzen offerings. 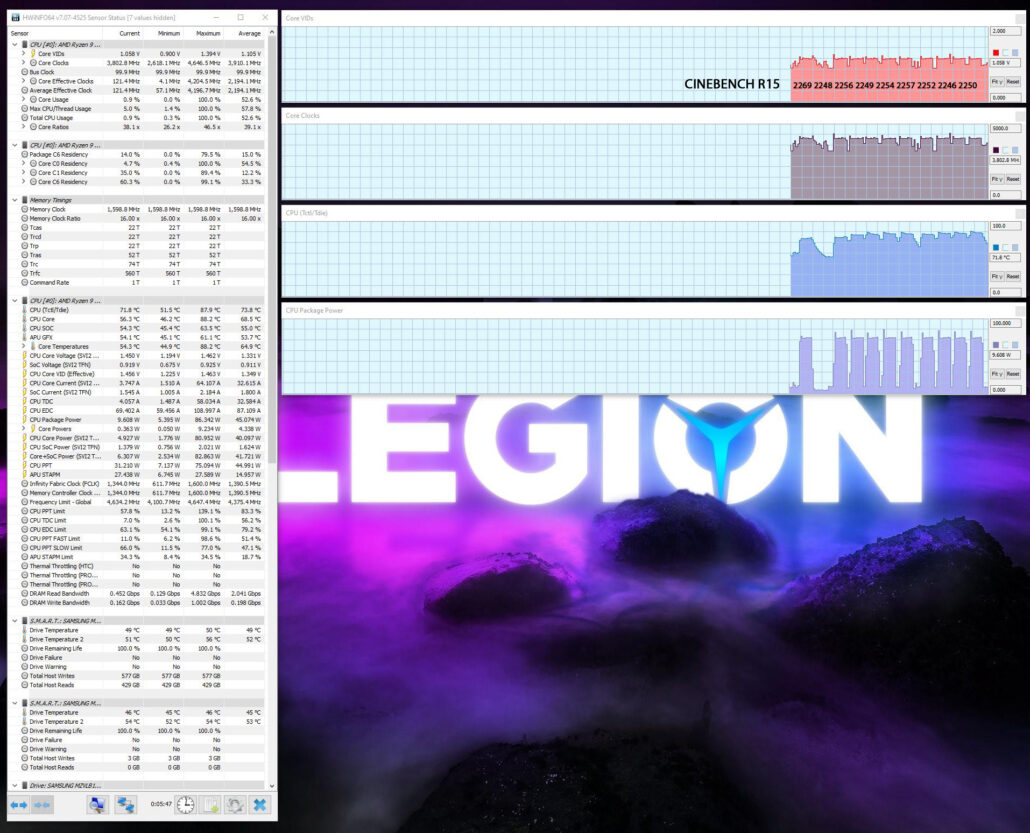 We also have to remember that the Intel Core i9-12900HK and Core i9-12900H are almost identical chips with the latter offering the same performance at a reduced power limit & with better temps. Also, Intel is giving away its efficiency by reaching for those 5 GHz clock speeds which sound good from a marketing standpoint. One thing is for sure that Intel’s Alder Lake-H laptops will easily beat AMD’s Zen 3 (Ryzen 5000H) and Zen 3+ (Ryzen 6000H) laptops with ease.

AMD had the guts to compare their Zen 3D CPU to Intel’s Alder Lake CPUs but they didn’t even compare their Ryzen 6000 APUs to Intel’s mobility lineup and their H-series was almost missing from the show (in terms of performance benchmarks). Even the Ryzen 6000U benchmarks were deceptive in comparison as they used a 15W (Ryzen 5000U) APU against a 28W (Ryzen 6000U) APU. AMD’s Zen 3+ might make for some nice mainstream and entry-level designs but Intel has a really strong notebook line with Alder Lake that will target them aggressively at all segments.

The post Intel’s Core i9-12900HK Alder Lake Is A Power Hungry & Beast of A Notebook CPU, Up To 29% Faster Than AMD Ryzen 9 5900HX by Hassan Mujtaba appeared first on Wccftech.