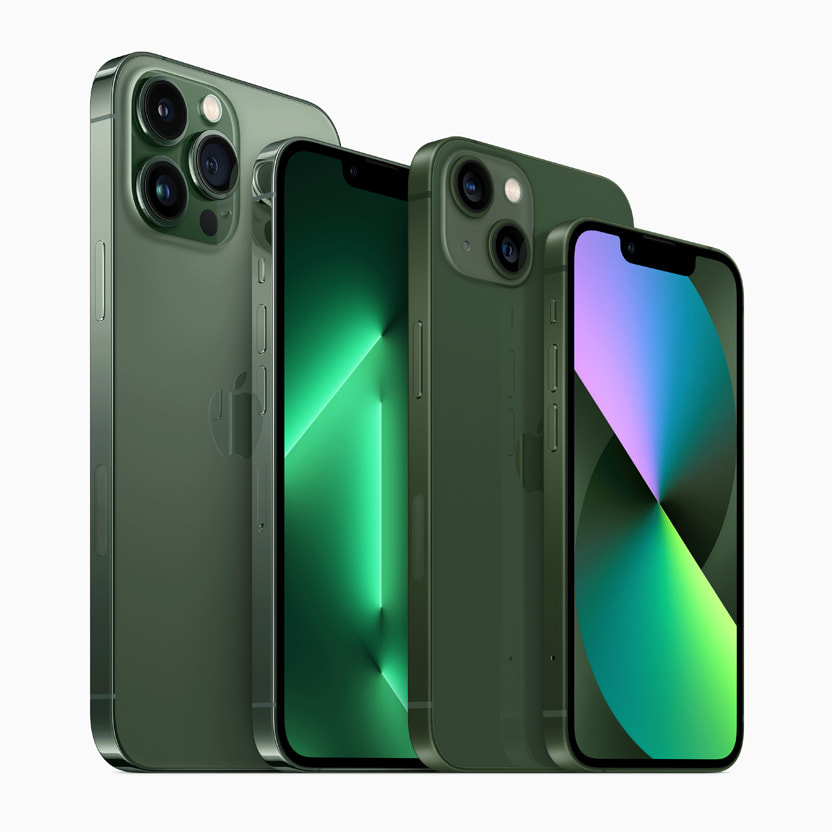 In the just-concluded Apple Event, the iPhone SE new release at the same time, together with the debut of the iPhone 13 series of the new green color scheme, just the color scheme has changed.

Officially, iPhone 13 Pro Alpine Green is built with multiple layers of nano-level metal ceramics, while iPhone 13 and Mini also have a delicate aluminum metal frame and glass back cover in the same color.

The configuration and price remain unchanged. It ships with iOS 15.4, support for unlocking with Face ID while wearing a mask, and new Siri voices available.

As of now, iPhone 13 Pro is available in Blue, Graphite, Gold, Silver, and the new Alpine Green. iPhone 13 and iPhone 13 Mini are available in Red, Starlight, Midnight, Blue, Pink, and a new Green.

According to news coming out of the supply chain, Apple is in full production of the new Green colorway for the iPhone 13 series, and it is said to be a higher priority than the new iPhone SE.